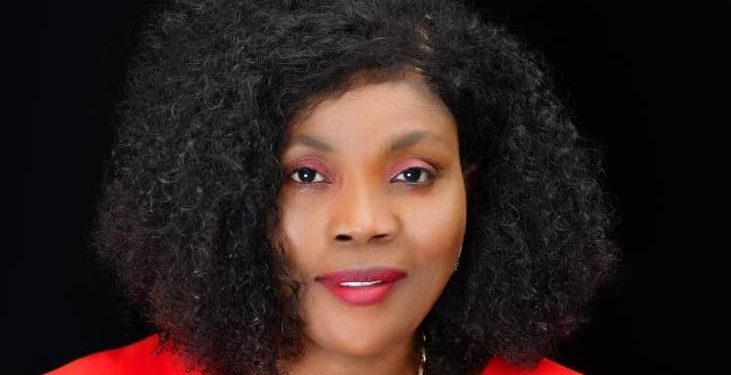 The embattled General Secretary of the People’s National Convention (PNC), Janet Nabla, has petitioned the Criminal Investigations Department (CID) of the Ghana Police Service to probe the party’s flagbearer for the 2020 elections, David Apasera over alleged financial malfeasance and stealing.

This was contained in a petition sent to the CID on Tuesday, September 14, 2021.

“Following the removal from office of Messrs David Asibi Apasera and Moses Dani Baah as Leader and Chairman of PNC respectively by the National Executive Committee (NEC) on grounds of misconduct and financial malfeasance on 7th day of September 2021, I petition your august institution on behalf of the party to investigate the two on the following financial malfeasance and stealing.”

The said petition alleged that an amount of GHC1.7 million raised to fund the party’s activities for the 2020 General Elections was withdrawn and spent by Mr. Apasera and Mr. Dani Baah without the knowledge of the General Secretary of the party.

The petitioner says this is a clear violation of Article 49(b)(8) of the party.

“An amount of GHC1.7 million was raised to fund the December 7, 2020 elections. The entire amount was withdrawn from the bank and cause to be spent by the leader and the chairman without the knowledge of the General Secretary who by Article 53 of the constitution is in charge of daily operations of the party and no proper account has been rendered.”

The party added that “An amount of GHC150 000.00 was raised to pay party offices’ rent across the country. This amount was deposited in the party’s account where Mr. Apasera and Mr. Dani Baah have withdrawn the amount without the knowledge of the Secretary and have not used the money for the intended purpose.”

Mr. David Apasera recently sued 18 members of his party over his removal on September 7.

Among other things in his suit, Mr. Apasera contended that his removal was carried out by a National Executive Committee that “did not form the mandatory quorum needed for convening such a meeting.”

The meeting comprised nine regional chairmen and the First Vice-Chair of the PNC.

He said, by the PNC’s constitution, “the procedure of convening the NEC meeting was blatantly ignored.” 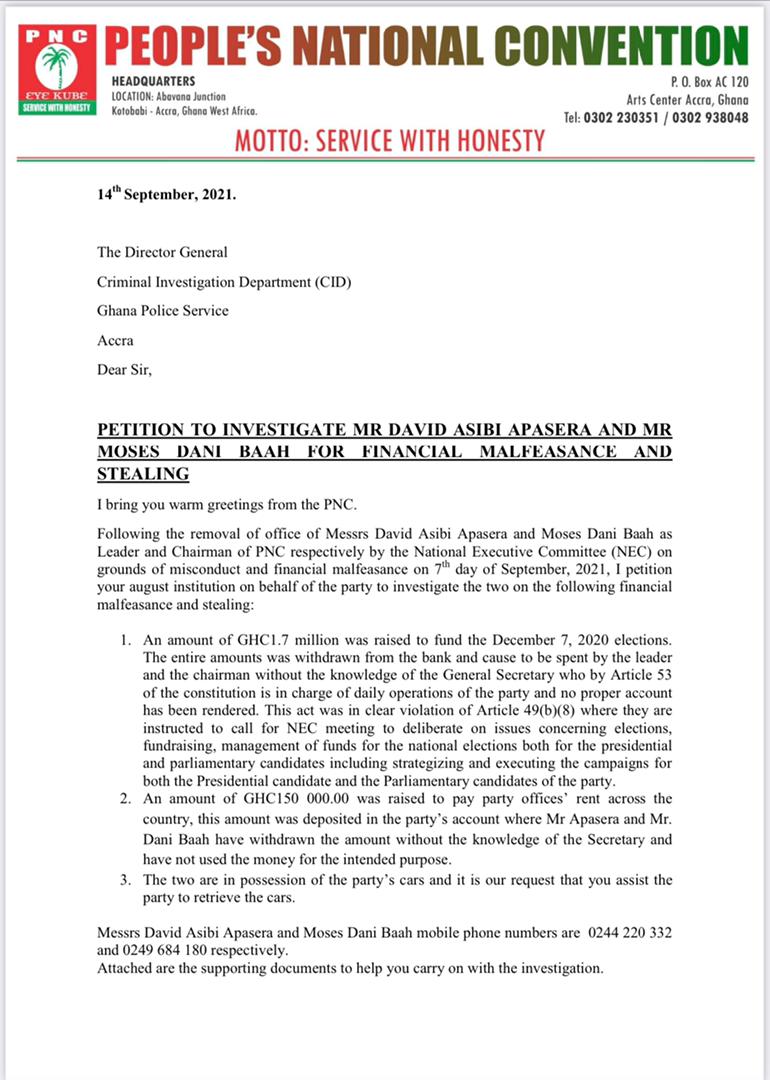