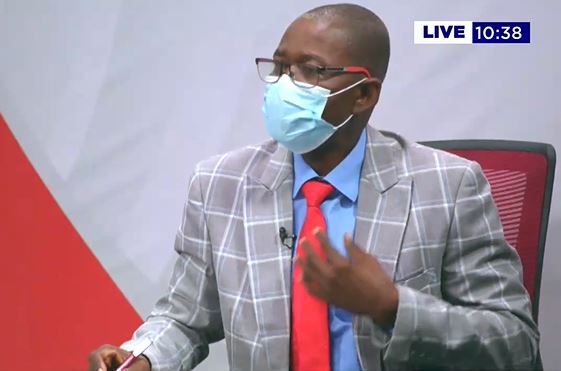 He said, although the Minister is the chairman of the Western Regional Security Council (REGSEC), he should have allowed the Ghana Police Service to do its job.

Sharing his thought about the development on Citi FM/Citi TV‘s news analysis program, The Big Issue, Peter Toobu who doubles as the Member of Parliament (MP) for Wa West said the action by his colleague legislator has created doubt in the minds of Ghanaians.

The MP added that the said undue interference by politicians in the work of the police affects public confidence.

“When you have a political leader trying to take the credit for the job a state institution has done; it creates a bit of confusion. I personally said, what the Regional Minister said at a point was not necessarily wrong, it could finally be true, but the fact is that he was not the one to speak at that material moment because it began to create that suspicion.”

Josephine has been in the news for days now after it emerged that she was supposedly kidnapped during a dawn walk with a nine-month-old pregnancy.

When she was found in Axim, several miles away from Takoradi where she was allegedly kidnapped, she was mute, unkempt, and without any sign of the said pregnancy.

Claims that she delivered on the same day she was allegedly kidnapped, and the baby was taken away by the kidnappers have been put under scrutiny with the Western Regional Minister, Kwabena Okyere Darko-Mensah stating on Wednesday, September 22 that the said pregnancy was fake.

The police administration in a subsequent statement confirmed the minister’s claim after two medical tests were conducted on her.

However, some members of the public, including Josephine Panyin Mensah’s family and neighbours, had insisted she was pregnant at the time of her disappearance.

Josephine is currently being detained by the police.

Pregnancy was faked to please husband

On the same show, the acting Director of Public Affairs of the Ghana Police Service, ACP Kwesi Ofori, said the woman faked her pregnancy to court her husband’s admiration and acceptance.

ACP Ofori said the woman’s decision to fake the pregnancy and kidnapping was purely based on issues relating to her marriage.

He however clarified that Josephine had admitted that she hatched the plot alone, without the help of any relative.