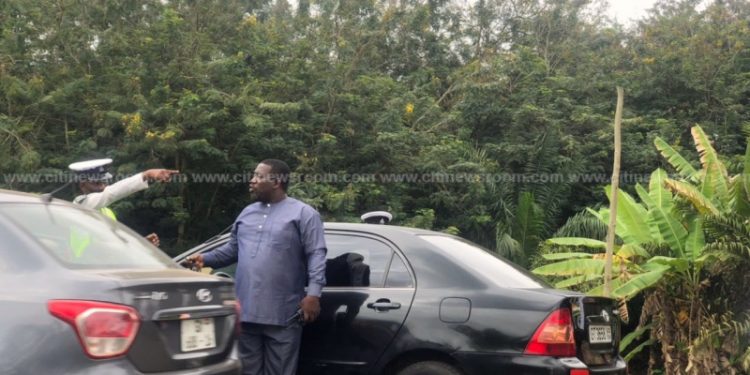 The 13 drivers who were apprehended for road infractions as part of  Citi TV’s War Against Indiscipline on Wednesday [September 22, 2021] on the Legon bypass in Accra, are expected in court today, Thursday.

The offenders included the Member of Parliament (MP) for Sissala West, Mohammed Sukparu, and the Greater Accra Director of the National Disaster Management Organisation (NADMO), Archibald Cobbinah, who were captured driving against traffic rules while illegally using sirens and strobe lights.

Most of the drivers arrested cited emergency as the reason for their offense.

Speaking to Citi News, the Director of Operations of the Police MTTD, Supt. Dr. Sasu Mensah called on motorists to obey traffic regulations for their own safety.

He also downplayed the excuse of emergency by the drivers.

According to him, if one has an emergency, he must leave home early to beat time.

“There is a requirement under the law for emergency drivers who drive vehicles on the road, and they are not part of such class of people. So they cannot be exempted. The thrust of the issue is that, if you have an emergency, you just have to start your driving very early so that you can beat time.”

Recently, some drivers who were arrested on Wednesday [September 8, 2021] for various road traffic offenses during the exercise, were made to hold placards in the medians of the Abeka Junction intersection and the Cocobod section of the Kwame Nkrumah Avenue.

The placards they held had the inscription; ‘I WILL NOT DRIVE CARELESSLY AGAIN’ for a week as punishment.