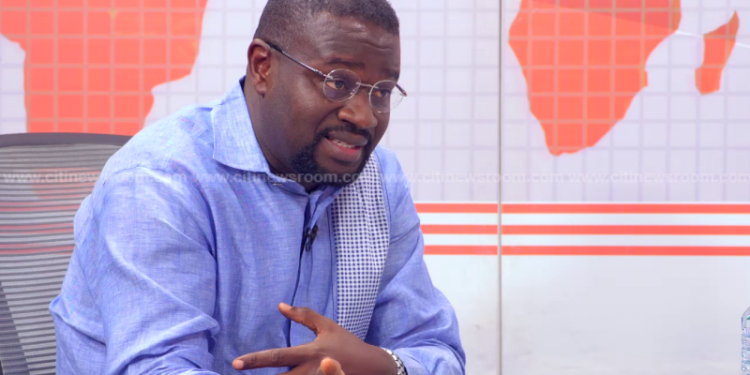 The Majority Chief Whip and NPP Member of Parliament for Nsawam-Adoagyiri, Frank Annoh-Dompreh, says the anti-LGBTQI+ bill before parliament in its current form, requires some changes to make it fit for purpose.

In a tweet, he said the fine-tuning will ensure that rights guaranteed by the country’s constitution are duly protected

“We need to fine-tune it to ensure that it maximizes the protection of rights and freedoms in consonance with democratic principles as we have practiced uninterrupted for over 3 decades,” he said.

Mr. Annoh-Dompreh also expressed worry that the bill, which has generated huge controversy and dominated news headlines for several weeks, has assumed a political twist.

He said while he agrees that there is a need for a bill that protects Ghanaian values, the current bill falls short in doing so.

“It’s unfortunate the LGBTQ bill is being politicized. As the majority caucus in Parliament, we agree in principle that legislation that protects Ghanaian values in all areas of life must be supported. However the bill, as it is now, is defective,” he said.

About 20 members of Parliament have initiated processes to have a law passed to criminalize LGBTQ+ activities and advocacy.

The bill, dubbed ‘The Promotion of Proper Human Sexual Rights and Ghanaian Family Values Bill 2021,)’, has received widespread public support, with a section of the public condemning it and describing it as promoting hate.

The Christian Council and the Office of the National Chief Imam have already declared their support for the bill but some academics and civil groups have described the bill as one that intends of promote hate.

The comments by Mr. Annoh Dompreh comes at a time when a section of the public have begun questioning the silence of ruling government officials on the bill.

Most of the parliamentarians on record to be speaking publicly against the bill are members of the opposition National Democratic Congress (NDC), who pushed through the private member’s bill alongside one NPP MP.