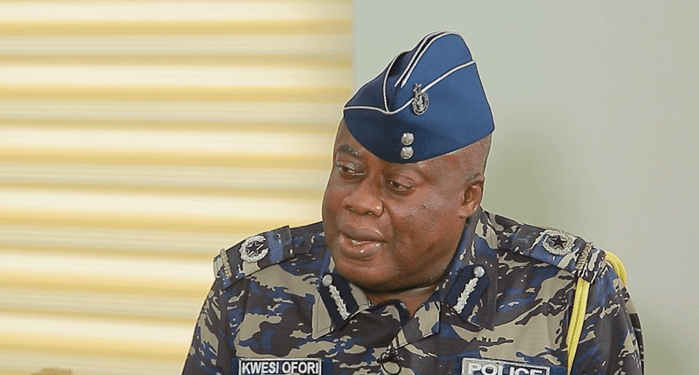 The Director of Public Affairs of the Ghana Police Service, ACP Kwesi Ofori, has said the new Inspector of General of Police, Dr. George Akuffo Dampare is on a mission to restore the image of the law enforcement agency.

According to him, the IGP has a clear vision and direction upon which he is going to deliver his mandate.

ACP Kwesi Ofori made this known on Saturday, October 30, 2021, on Joy FM’s Newsfile.

He added that the IGP has made it clear to all police officers that, issues of corruption and other unholy acts will not be countenanced under his leadership.

“Our new IGP has come out and rolled out so many programmes and during his visits and his meetings with police officers, he has made it known to them that anti-corruption cases are on his desk, and it is one of his visions to detach the police from such unholy and criminal acts for us to resume and have our identity and this is the first time we have seen the police restore its image operationally in terms of service delivery.”

The work of the new IGP has received widespread commendation from Ghanaians, with many urging him not to lose focus.

According to him, Dr. Dampare’s recent actions have given indications that the country’s laws will be enforced irrespective of who is involved.

Speaking at the swearing-in of the Ghana Police Service Council, with the Vice President, Dr. Mahamudu Bawumia as Chairman, on Tuesday, October 26, 2021, President Akufo-Addo said the IGP’s works have received the strong backing of Ghanaians.

He thus charged the Council to execute its mandate to benefit Ghanaians.

“The IGP’s actions thus far have received the strong backing of Ghanaians and many are now realizing that if you fall foul of the laws of the land, you will not be spared. Just as I indicated at the swearing-in of the new Inspector General of Police, I urge you to execute your mandate for the benefit of the Ghanaian people,” the president said.