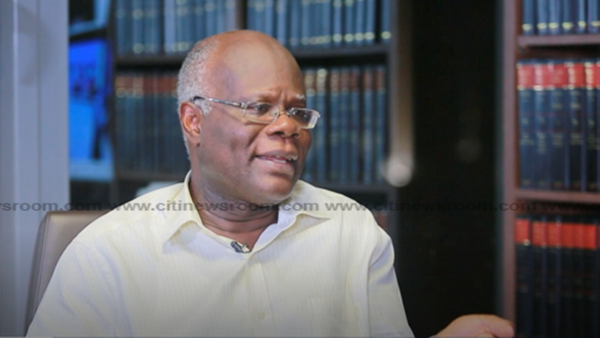 The stiff opposition to LGBTQI+ activities in Ghana appears to be gaining ground as Members of Parliament on the Majority side wade into the controversial debate.

This time around, outspoken Adansi Asokwa MP, KT Hammond has defended religious bodies demanding the passage of an anti-LGBTQI+ bill in Ghana, saying he believes the clerics are preparing the citizenry for the kingdom of God.

“You will not have a situation where you have 100 percent of everything. The important thing is that you have the majority in support. This LGBTQI+ thing is evil, and it’s not good. If you don’t believe in the Bible or Quran, that’s okay, but you don’t have to believe in anything. But [such people] shouldn’t be forcing this [LGBTQI+] thing on us because we do not like it”, KT Hammond said.

Ghana’s two main religious groupings, Christians and Muslims, have been vocal in their support of the Bill and presented memos backing the legislation that has been described as homophobic by critics.

Some renowned legal, academic, and civil society professionals have also filed a memo describing the Bill as inimical to human rights, religion, and Ghana’s democratic principles.

But speaking to Umaru Sanda Amadu on Face to Face on Citi TV, KT Hammond said, criticisms against the religious community are unnecessary.

He stressed that the Christian and Muslim organizations cannot be faulted for supporting the bill, since they are acting in the interest of the social and moral fabric of the country.

“Both Christians and Muslims are against it because it’s an abomination. Our Constitution is built on and in the name of God, so what the religious groups are doing, they are teaching us the way to heaven. What is wrong with that? Do we want to criminalize that?” he emphasized.

The Proper Human Sexual Rights and Ghanaian Family Values Bill 2021 currently before Parliament’s Constitutional and Legal Committee prescribes that people of the same sex who engage in sexual activities could spend up to 10 years in jail.

Varying forms of support for the LGBTQ+ community would also be criminalized if the Bill is passed into law.

Some Christian leaders, including those of the Pentecost Church, last week submitted a memorandum to Parliament to express strong support for the Bill.

For instance, the Church of Pentecost has vowed to campaign vigorously against parliamentarians should they not see to it that the anti-LGBTQ+ Bill is passed into law with immediate effect.

The Church believes the Members of Parliament owe Ghanaians the moral duty to pass laws in the interest of the majority, hence the Bill brought before the house must be treated with the urgency it deserves, adding that it is prepared to leverage its huge membership to kick against the normalization of same-sex activities in Ghana.

KT Hammond has given the strongest indication that the much talked about anti-LGBTQI Bill will get the full support of the house after the Constitutional and Legal Committee completes its work.

He said all 137 MPs of the majority caucus are in favour of the Bill and never will the country give room to LGBTQI+ rights under the current Parliament.

“The bottom-line so far as I am concerned is that, we [Parliament] will not allow homosexuality to take seed in Ghana. Whichever form that they will try to get it going, we will not allow that. I am very confident about that. There are other MPs with a kind of hatred for this Bill. You have no idea. There are those who are even more passionate than I am. They might not have publicly come out to say it, but we simply do not want to hear anything LGBTQI+, period,” KT Hammond said.

Asabee firms up decision to contest for NPP chairmanship position