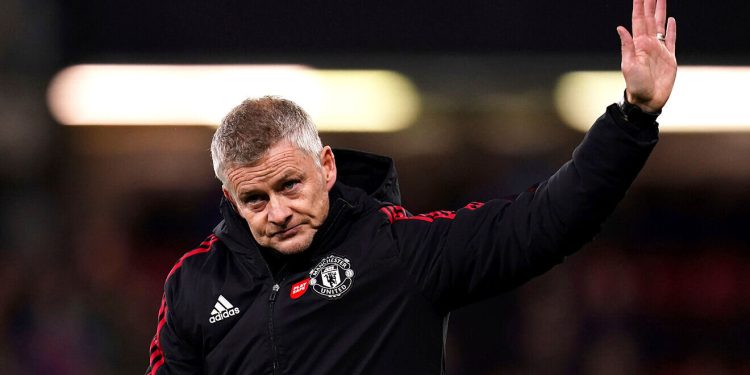 The Norwegian has been under pressure for most of the season and a run of one win in their last seven league has finally ended his tenure at Old Trafford.

A devastating loss at Vicarage Road left those in charge with no options, having backed him after humbling losses to Liverpool and Man City.

It ends Solskjaer’s time at the club as manager just one month shy of three years.

“Ole will always be a legend at Manchester United and it is with regret that we have reached this difficult decision. While the past few weeks have been disappointing, they should not obscure all the work he has done over the past three years to rebuild the foundations for long-term success.

“Ole leaves with our sincerest thanks for his tireless efforts as Manager and our very best wishes for the future. His place in the club’s history will always be secure, not just for his story as a player, but as a great man and a Manager who gave us many great moments. He will forever be welcome back at Old Trafford as part of the Manchester United family.

“Michael Carrick will now take charge of the team for forthcoming games, while the club looks to appoint an interim manager to the end of the season.”

A club legend from his playing days, where he helped the club win six Premier League titles and a Champions League, he was parachuted in to replace Jose Mourinho in 2018.

Originally in charge as a caretaker mananger, United’s form improved dramatically and a sensational second leg win in the Champions League over Paris Saint-Germain in March 2019 saw him rewarded with a permanent deal.

A third-place finish followed in his first full campaign and then last season they ended the season in second place behind rivals Man City, despite a topsy-turvy season which saw them beaten 6-1 by Tottenham at Old Trafford but also register a 9-0 win over Southampton.

Solskjaer had a great opportunity to win the Europa League at the end of 2020/21 but his side lost on penalties after a 1-1 draw with Villarreal.

This season, though, despite the return of Cristiano Ronaldo and the signing of Raphael Varane and Jadon Sancho, Solskjaer was unable to get his team playing consistently.

A Champions League loss to Young Boys began the wobble and the Norwegian seemed incapable of stopping the wheels coming off as listless performances came thick and fast.

A dramatic defeat to Aston Villa kicked, a dismal draw with Everton and a rollercoaster 4-2 loss to Leicester put him on the rocks.

A 5-0 loss to Liverpool piled on the pressure before the respite of a 3-0 win over Spurs but a draw with Atalanta, a defeat to Man City and, finally, the embarrassing rout at the hands of Watford saw time called.

Just six points below the top four, the season is salvageable for United but their next manager has plenty to do to get the team back into shape.