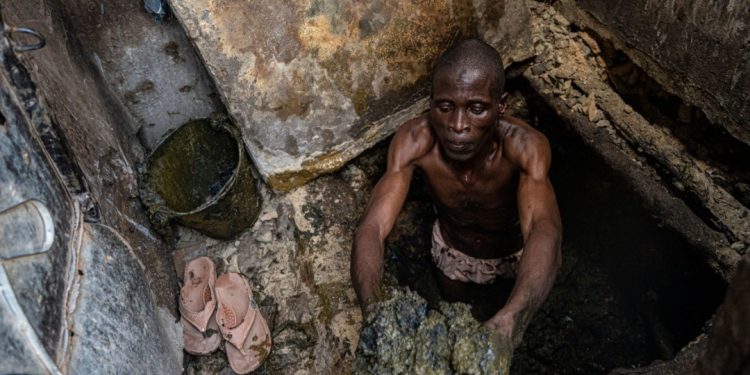 During the pandemic sanitation workers have been praised as ‘COVID warriors’ in some nations but WaterAid has found many of these workers in developing countries have been forgotten, underpaid, unprotected and left to fend for themselves.

Research carried out by WaterAid at the start of the COVID-19 pandemic on the safety and wellbeing of those who clear and dispose of faecal waste, reveals hazardous working conditions, a dangerous lack of PPE, poor training and legal protection, as well as loss of income for millions.

Ahead of World Toilet Day on the 19th November, findings from South Asia, Burkina Faso and Nigeria show that:

Despite providing a vital service ensuring human waste is cleared, stored and disposed of safely, WaterAid found sanitation workers are often marginalised, stigmatised and shunned as a result of their job. Many have worked on the frontline of the pandemic, throughout national lockdowns, in hospitals and quarantine centres and in the heart of communities with poor access to safe water, decent sanitation and good hygiene facilities.

“Sometimes, I come into contact with human faeces in my work, but I can only wipe it off with a cloth. There are no handwashing stations where I work so I have to wait to go back to the office to wash my hands.”

Even without the threat of the virus, sanitation work is hazardous. The workforce risk being exposed to a wide variety of health hazards and disease and can often come into direct contact with human waste. Sharp objects in pit latrines and poor construction can cause injury and infection while toxic gases can make workers lose consciousness or even kill them.

“The major risks we face during our work are harassment, injury, loss of a limb or our lives. About two years ago, while emptying a pit at night, a concrete block from the toilet structure broke off and fell on my head.”

In some countries sanitation workers face widespread and systemic discrimination. WaterAid spoke to one young man in India from a family involved in manual scavenging (which involves dealing with human excreta directly, either from dry latrines, open drains, sewers or railway tracks) who has been unable to find alternative employment due to stigma surrounding his caste, despite having a degree in Social Sciences from Delhi University.

Vishal Jeenwal, 26, a street sweeper, belonging to Valmiki community, one of the most marginalised Dalit caste groups in India, tried to find office work but told WaterAid that as soon as his employers discovered his caste, his job became untenable.  He said:

“They said that someone like me could never succeed in any other job.  I tried several other jobs, but finally, out of desperation, I went back to doing what I’d seen my family do all their lives – cleaning.”

Kamlesh Taank, 55, has been cleaning dry latrines in a town near the Indian capital, Delhi, for the past 35 years. She used to cover her nose and mouth because she found the smell so repulsive but didn’t use any extra protective clothing or worry about social distancing during the pandemic. She said:

“Higher castes don’t want to come near people like me. You could say I’ve always been socially distanced from my employers.”

WaterAid’s film team have shed light on the practise of manual scavenging in ‘The Burden of Inheritance’ – a short film telling the story of a marginalised community in India trapped in a cycle of poverty.  The film will premiere on the streaming platform WaterBear on World Toilet Day, giving visibility and a voice to an excluded and silenced section of society.

“The COVID-19 pandemic has highlighted the vital role sanitation workers play in our communities – but it has also revealed the vulnerability of this essential workforce that is often undervalued and overlooked. It’s unacceptable that so many sanitation workers operate without the support and safeguards they need.

“WASH services are critical to maintaining public health and will be fundamental to surviving and recovering from the pandemic, and future pandemics – but without sanitation workers, these services will not function. It’s important we invest and support the workforce, not just for the sake of public health but also for the economy – to ensure universal access to decent sanitation and a better future for all.”

“It’s vital governments, local authorities, employers and the general public take action to support sanitation workers so they can do their job safely, with the dignity and recognition they deserve. These key workers should be protected through legislation, policies and guidelines that ensure workers have appropriate PPE, regular training, a decent wage and access to health insurance and social security. Sanitation workers also need to be recognised, respected and supported by institutions and by individual citizens. We all have a role to play in tackling and removing the deep-rooted discrimination they have endured for far too long.” 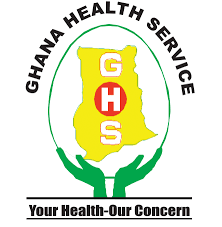 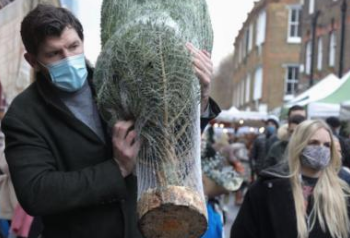 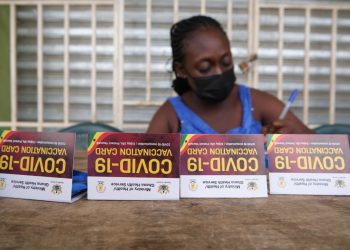 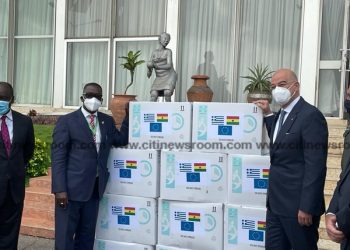 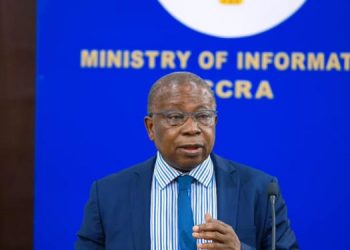 COVID-19: Our vaccination plan is on course – Health Minister

Speaker of Parliament admits motion for probe into COVID-19 expenditure