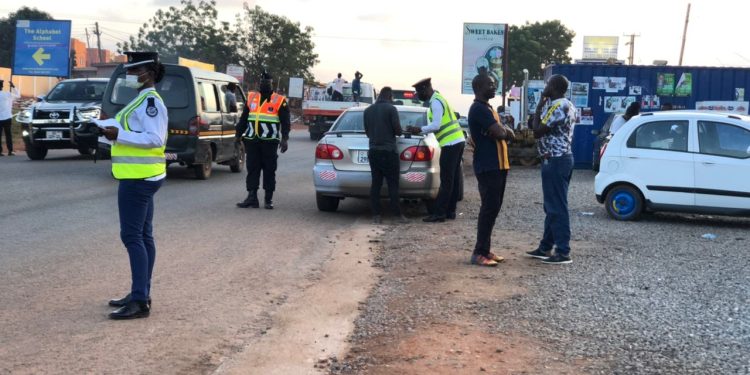 Ten errant drivers have been captured on camera by the Motor Traffic Monitoring and Surveillance Centre of the Ghana Police Service.

The drivers, who were captured between October 22 and November 4, 2021, drove in the median of the road, while others used the shoulders of the roads.

Some were also captured for wrongful parking.

The police have cautioned the culprits to report to the Accra Central Motor Traffic and Transport Department (MTTD) office, at Tudu, to assist in investigations immediately.

Owners of these vehicles thought they could break the law because the police were not visible. However, they were not lucky.

The police through surveillance gadgets dotted across the city captured them in the act.

Most of the culprits violated sections of the road traffic regulations by driving in the median of the road, using the shoulders of the road, and also for wrongful parking.

They were captured on the following roads, Dzorwulu Brown Lane at Dzorwulu, Fadama Union Oil Road in Fadama, and on the Papaye section of the Spintex Road.

The police have told Citi TV, which partners the security agency in the War Against Indiscipline, that these drivers or owners of vehicles were going to be traced and arraigned if they fail to honour the police invitation.

Drivers of vehicles with the following registration numbers have been invited by the police to the Accra Central Motor Traffic and Transport Department, MTTD, office at Tudu.