The Walewale Police Command is on a search for suspected armed robbers who attacked a Mobile Money vendor on Wednesday, November 24, 2021, at Yama in the West Mamprusi Municipality of the North East Region.

According to the police, the suspects shot and killed one Bugri Imori, aged 38, and severely wounded a 37-year-old man at Yama.

Police said in a statement that the suspects also attacked other shops in the municipality.

“The Walewale District Police Command in the North East Region launched a special anti-robbery operation to hunt down seven suspected armed robbers who shot and killed one Bugri Imori, aged 38 years, and severely wounded a 37-year-old man at Yama, a village in the West Mamprusi Municipality.”

“The robbery gang according to police report attacked some mobile money vendors and other shops in the village last night, Wednesday, November 24, 2021, and made away with an unspecified amount of money and other items.”

The police also added that they have “intensified patrols and anti-robbery operations within the West Mamprusi Municipal area and beyond to get these armed robbers arrested and to safeguard the area.”

Police thus assured that they will do everything to ensure the area is protected from criminal activities.

Below is the full police press statement 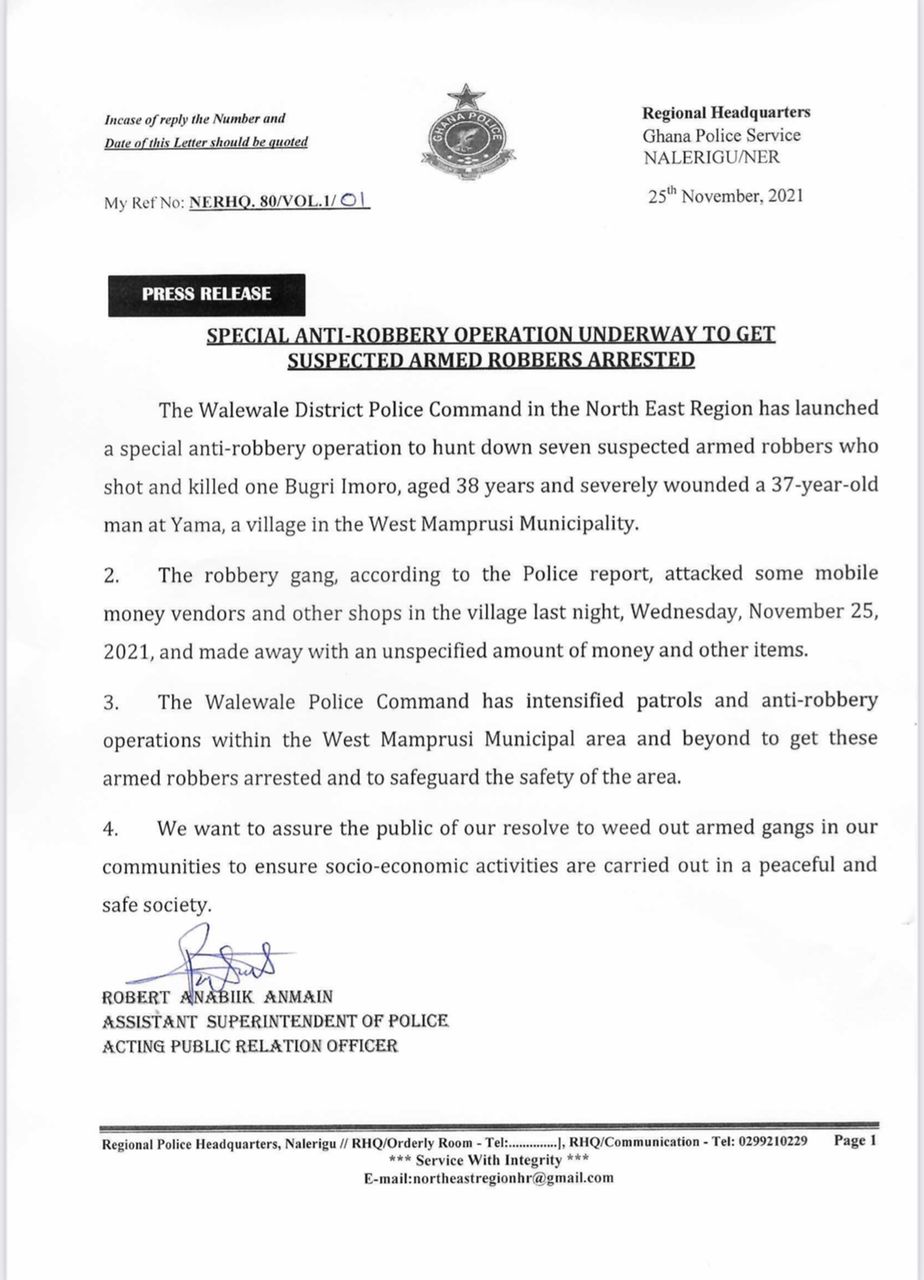