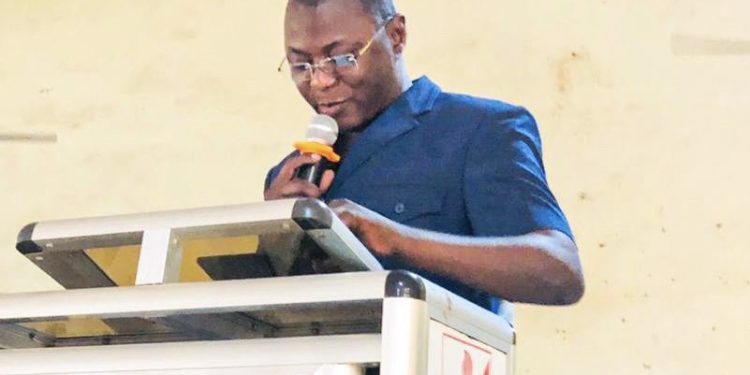 A Deputy Energy Minister, Dr. Mohammed Amin Adam, who is also the Member of Parliament for Karaga in the Northern Region, has pledged to personally fund two qualified female students annually, from the Tamale Secondary School (TAMASCO) for the next ten years to pursue engineering programmes at the tertiary level.

He made this solemn pledge during his remark as a guest speaker at a symposium to commemorate the 70th anniversary of the school in Tamale.

While sharing his thoughts on igniting the future in a challenging environment, Dr. Amin urged the students to exercise a high sense of discipline in their academic work, as well in their professional lives as they transition into tertiary.

The Karaga lawmaker also emphasised the need to build one’s social capital through the various interactions and relationships they build in school.

He also shared how the Northern Scholarship and the Free Compulsory Basic Education (FCUBE) had bridged the education development gap between northern and southern Ghana, and how this current government under the leadership of President Akufo-Addo has extended this free and accessible education to the senior high school level.

“I am very pleased that now, TAMASCO is not only the best in the northern sector, but is now rubbing shoulders with other southern schools with very high academic prowess”, he said.

“I am very confident that we will very soon see the fruits of what you’re sowing today”, he added.

Dr. Amin applauded the teaching and managerial staff of the school for the outstanding work done to bring the school to this height and underscored the need to do more to excel, paying keen attention to their academic performance.