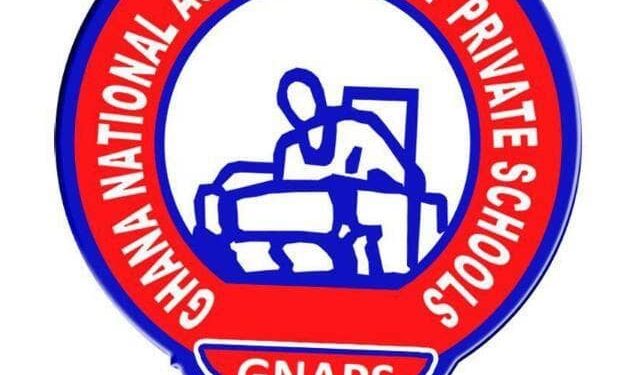 The Ghana National Association of Private Schools (GNAPS), has expressed its utmost disappointment at the Ministry of Education (MoE) for not including its pupils in the maiden National Standardized Test conducted for all basic four pupils in public schools across the country.

According to the Association, such actions are discriminatory and unfair to private schools and their pupils.

The Association expressed this concern in a press statement issued on Saturday, December 18, 2021, and signed by its president Dr. Damasus Tuurosong.

They are of the view that, if the Ministry didn’t have the resources to conduct the test for all pupils in the country, then it should have postponed until such a time sufficient resources could be available.

“The claim that this year’s NST was a pilot aimed at establishing ways of conducting subsequent tests cannot be a justification for excluding private school children from the test. Pilot studies that are not representative of the sample population end up producing skewed data that cannot be relied on for policy interventions.”

It thus insisted that the Ministry’s failure to include its pupils in the test “renders data gathered on education outcomes incomplete and, therefore, unsuitable for policymaking and implementation purposes.”

It is thus asking the Ministry to include its pupils in the subsequent test.

“GNAPS urges the MoE to stop discriminating against private school children and extend the conduct of subsequent NSTs to all learners, irrespective of the type of educational system they subscribe to. GNAPS hopes the exclusion of private schools from the test is not a deliberate attempt to make private schools less attractive to Ghanaian children.”

The Minority in Parliament has said the maiden National Standardized Test was poorly conducted.

Speaking to Citi News, a Ranking Member of the Parliamentary Committee on Education, Peter Nortsu Kotoe, insisted the sector Ministry should have heeded the advice of the minority to organize the examination next year.

He maintained the relevant stakeholders would have been better prepared to implement the initiative next year.

“When the Minister announced in the budget that they will carry out a National Standardised Test, we agreed that it was necessary to do so, so we can know how best the curriculum has been utilized.”

“We suggested that since it is something new, let us wait and implement it next year because we foresee a chaotic situation. We felt there was the need for the Ministry to be financially equipped before going into such an assignment. Basically, we support the exercise, but it is the implementation [we have an issue with].”