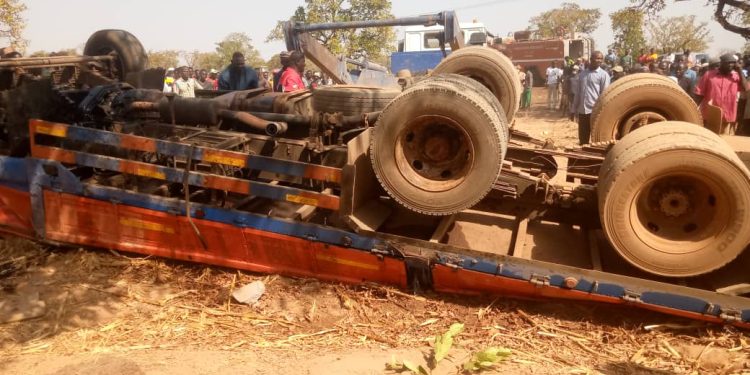 Ten persons have died while 23 others have sustained injuries in an accident near Savelugu in the Northern Region.

According to the police, the KIA Rhino truck carrying the victims lost control and somersaulted in an attempt to avoid hitting a cyclist.

Police also indicated that there were some 33 passengers on board the KIA truck and were said to be returning from a funeral on Sunday when the incident occurred.

“Six persons died on the spot, whilst 27 others sustained various degrees of injuries and were rushed to Savelugu Municipal Hospital for treatment.”

The Kia Rhino truck involved in the accident has been towed to the station for further investigations.

According to the police, the driver is on admission at the Savelugu Municipal Hospital.