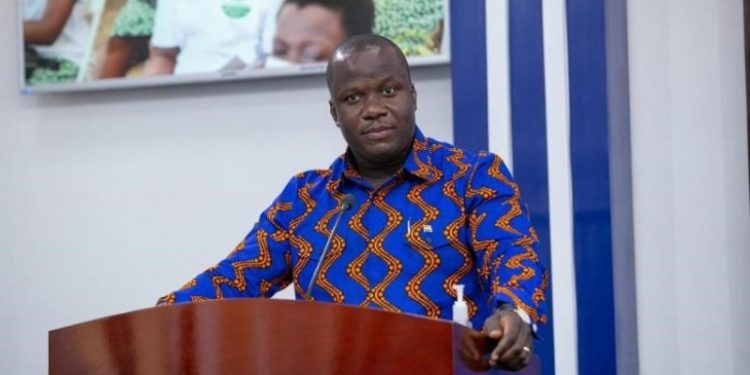 The government has suspended the registration of Jocyderk Logistics, a company subcontracted by Maxam Ghana Limited to undertake clearing, warehousing, and transportation of explosives on behalf of the former.

The suspension means that the company will be excluded from all mining and mine support services pending the outcome of investigations into the matter.

This was disclosed in a statement signed by the Minister of Lands and Natural Resources, Samuel A. Jinapor. 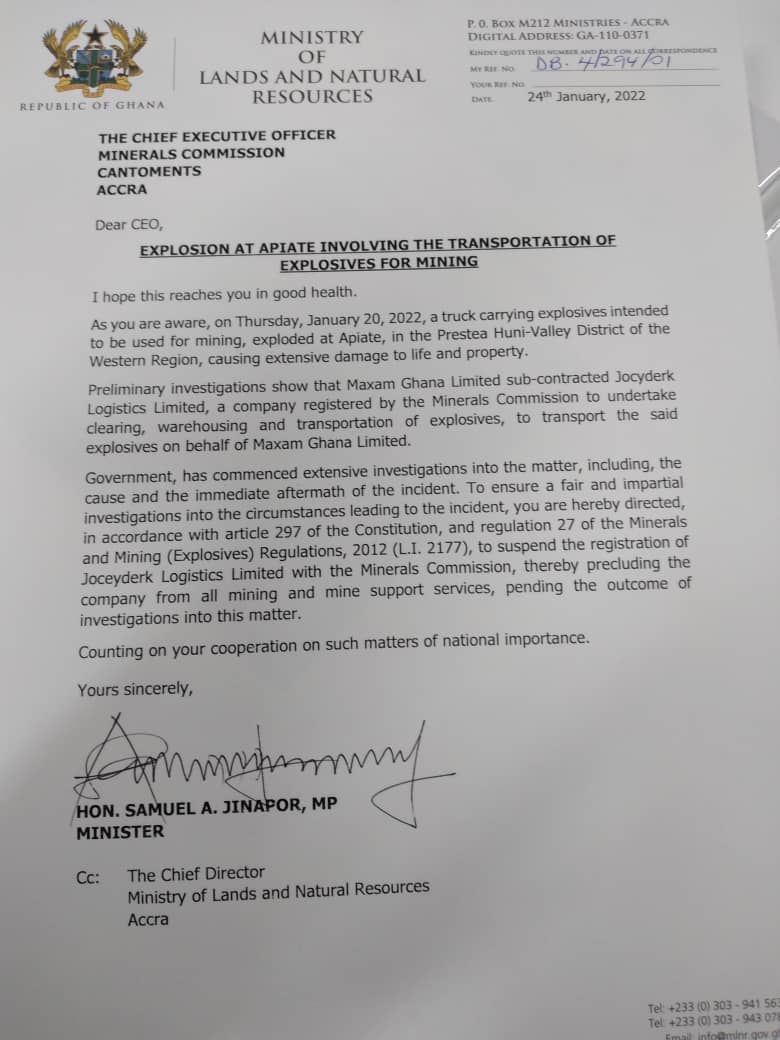 There have been calls for sanctions against Maxam Limited, following a huge explosion involving the company’s truck which was carrying explosives to Chirano Gold Mine.

On Friday the government, January 21, 2022, the government suspended the licence of Maxam Limited and ordered the interdiction of its Chief Inspector of Mines as investigations into the incident continue.

The tragedy has triggered a debate about compliance to safety regulations as provided under the Minerals and Mining (Explosives) Regulations, 2012 (L.I 2177).

Per Regulation 33- (Permit to transport explosives):

2) A person who transports under a Form P permit shall give notice to the Chief Inspector about the type and amount of explosives to be transported at least forty-eight hours before the explosives are transported.

Preliminary investigations by the Police indicated that a mining explosive vehicle moving from Tarkwa to the Chirano Gold Mines collided with a motorcycle resulting in the explosion at Appiatse, a farming community between Bogoso and Bawdie in the Prestea Huni-Valley Municipality in the Western Region.

A team of investigators from the Criminal Investigative Department of the Ghana Police Service on Sunday, January 23, 2022, interrogated the truck driver and the rider of the motorcycle believed to be involved in the accident.

The team interrogated the two persons at the disaster site as part of measures to unravel the cause of the explosion.

Fourteen people were killed and 179 others injured in the explosion, which occurred on Thursday, January 20, 2022.

The Minerals Commission on Saturday shut down Maxam Ghana Limited, owners of the explosive truck, to pave way for investigations into the accident.

Vice President Mahamudu Bawumia who led a Government delegation to the community on Friday, said Government would collaborate with the State Housing Corporation and mining companies to construct temporary housing facilities for those displaced in the explosion.