Nurudeen Mohammed writes: The JFK factor- the position of the General Secretary 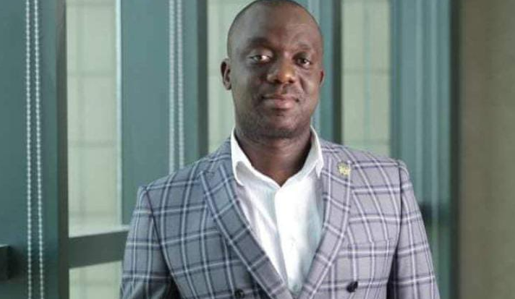 Until the young and dynamic Justin Kodua joined the race, it wasn’t much talked about and people didn’t really have an interest in it.  Unlike previous elections when the National Youth Organizer contest became the focal point, why has the General Secretary contest suddenly generated much interest to be the daily discourse within the rank and file of our party? It boils down to the ingenuity of the young Justin Frimpong Kodua. Popularly referred to as JFK, his engagement with the party’s grassroots has banished entirely, the notion that the General Secretary race was all but over. His proposed measures to keep the party in power for a historic third term, does not only resonate with party loyalists but encompass the much-needed structural reforms the party has lacked since its return to power.

However, since his declaration of intent to contest the General Secretary position, his skeptics have insisted that he should be overlooked due to his lack of experience . Yes, JKF may not have the age of Methusaleh, but his lack of experience is simply because, like all of us, he has never been General Secretary. If that should be the accepted logic, then I will suggest that all of us, lack experience, one way or the other.

Before our first General Secretary, Agyenim Boateng, was elected, he had never occupied that portfolio before.

Before the young Dan Botwe became the General Secretary at the age of 37, he had no prior experience.

Before the famous and much loved Sir John, became the General Secretary, he had not even held an elected Regional Executive position before.

When Kwabena Agyapong became the General Secretary he also lacked some form of experience.

Importantly, before John Boadu became the acting General Secretary he was definitely inexperience.

Furthermore, suggestions that JFK will not be able to withstand the pressure and intimidation at IPAC meetings can only be made by individuals who have lost touch with the party’s grassroots and share the fanciful thought that elections are only won based on a single boardroom meeting of various party stakeholders. It is worth noting that JFK, as a lawyer, has enough understanding of the rules and regulations that govern the conduct of elections in Ghana. If people with no legal background were able to protect the party’s interests, be assured that JFK, will at all times, give the party the representation it deserves during IPAC meetings. More importantly, party representation at IPAC meetings are not limited to an individual. Hence, whoever the party deems fit, may at all times be chosen for representation. It is on record that various political representatives at IPAC meetings are not even General Secretaries.

It is an overly simplistic assertion that JFK does not qualify to be the General Secretary of our party simply because of his young age and perceived lack of experience.

At the time of his appointment as CEO of the Youth Employment Agency, JFK had never been CEO. But all and sundry will attest to his distinguished performance that has made him one of the best performing appointees of this government. He tactfully employed over 600 young men and women as permanent staff in YEA. It amazes many, that despite his tight schedule, he still maintains a daily engagement with the party’s grassroots.

I strongly believe that once he becomes the General Secretary, the ‘dead’ Party Headquarters will function again and the concerns of party members will be addressed.

In JFK, we have a naturally gifted administrator and a lawyer ready to promote, protect and defend the party at all times.

Finally, it will be misguided for anyone to compare JFK to Asiedu Nketia.

JFK is a man with his own style and that style is the NPP style which is discipline, respect for rule of law and above all, integrity.

In JFK, WE TRUST
STILL, HE COMETH
OKUMKOM BEBA

North East: Security beefed up in Yagaba after killing of two persons