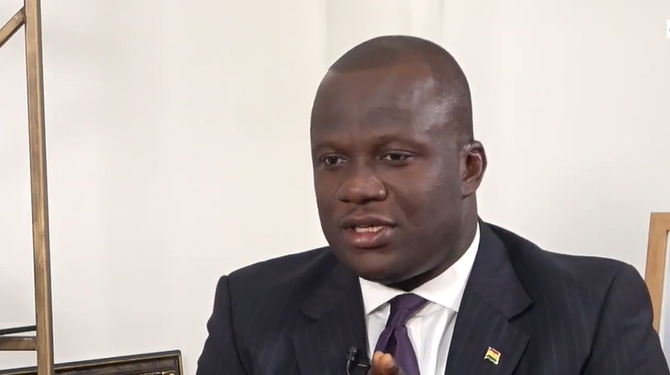 It appears the government has no intention to sanction Chirano Gold Mines for last Thursday’s fatal explosion that occurred at Appiate, a farming community between Bogoso and Bawdie in the Prestea Huni-Valley Municipality of the Western Region.

A vehicle carrying explosives ordered by Chirano Gold Mines collided with a motorcycle while moving from Tarkwa to the company’s site, resulting in the explosion.

There have been calls for sanctions against the companies involved, as some believe they failed to ensure adherence to regulations governing the transportation of explosives.

Already, some actions have been taken against two companies involved.

The Minister of Lands and Natural Resources, Samuel Abdulai Jinapor on Citi TV’s Point of View however said it will be unfair to hold Chirano Gold Mines liable for the explosion, given that the company just ordered explosives from Maxam Company Limited, thus was not obliged to ensure a safe transfer of same.

“You have to make decisions on a reasoned basis. On the basis where the law supports decisions and take a decision in a manner that is fair. The company that ordered the explosives, I do not know to what extent the company can be held liable for the transportation of explosives. We still have not been able to have a proper legitimate ground to suspend Chirano Company Limited’s operations while investigations are being carried out.”

The Minister also pointed out that his outfit is working in tandem with the police and the Minister of Interior to investigate and provide a detailed account of the incident.

Although the government might not sanction Chirano Gold Mines for the explosion, it has already shut down Maxam Limited and ordered the interdiction of its Chief Inspector of Mines as investigations into the incident continue.

It has also suspended the registration of the company subcontracted by Maxam to transport the explosives.

The tragedy has triggered a debate about compliance to safety regulations as provided under the Minerals and Mining (Explosives) Regulations, 2012 (L.I 2177).

Per Regulation 33- (Permit to transport explosives):

2) A person who transports under a Form P permit shall give notice to the Chief Inspector about the type and amount of explosives to be transported at least forty-eight hours before the explosives are transported.