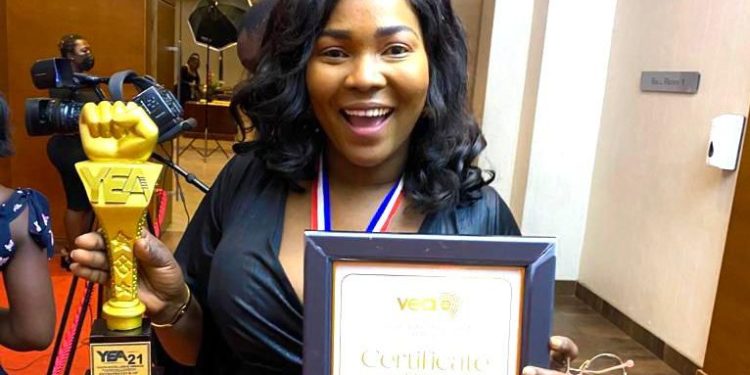 The Chief Executive Officer of Royal Vina Foods, Davina Sheila Mensah, has emerged as the Entrepreneur of the Year at the just-ended fourth edition of the Youth Excellence Awards (YEA) held at the Movenpick Ambassador Hotel in Accra.

The prestigious award was in recognition of her dedication and commitment to building the local production industry as well as being a highly respected advocate for best practices in consuming made-in Ghana brands.

Expressing her delight after receiving the awards on her Instagram handle, Davina Mensah said, she is very grateful to God and the entire Royal Vina team for the work done over the year.

According to her, the team has performed wonderfully well since the introduction of the made in Ghana product into the Ghanaian market.

“Congratulations to the entire team of the Royal Vina Foods and our cherished customers. We won by God’s grace”, she said.

Davina Sheila Mensah took the opportunity to entreat everyone to keep consuming made-in Ghana products and services in order to build a strong and resilient economy for a better future.

” I would like to entreat everyone to keep consuming made-in Ghana foods for a better economy”.

The Youth Excellence Awards (YEA), is an awards scheme that seeks to honor and celebrate outstanding youth in Africa who go through thick and thin to create a positive impact on society in their various field of work.

In attendance were prominent Ghanaian celebrities and public figures in the likes of Bola Ray, who also received an award, the French Ambassador, and Her Excellency Anne Sophie-AVÉ, who also grabbed the Ambassador Of The Year Award.

Davina Sheila Mensah earlier this year won the Entrepreneur of the Year, and Royal Vina Foods emerged as the Discovery Local Brand of the Year at the Global Business and Entrepreneurship Summit and Awards (GBESA 2021). 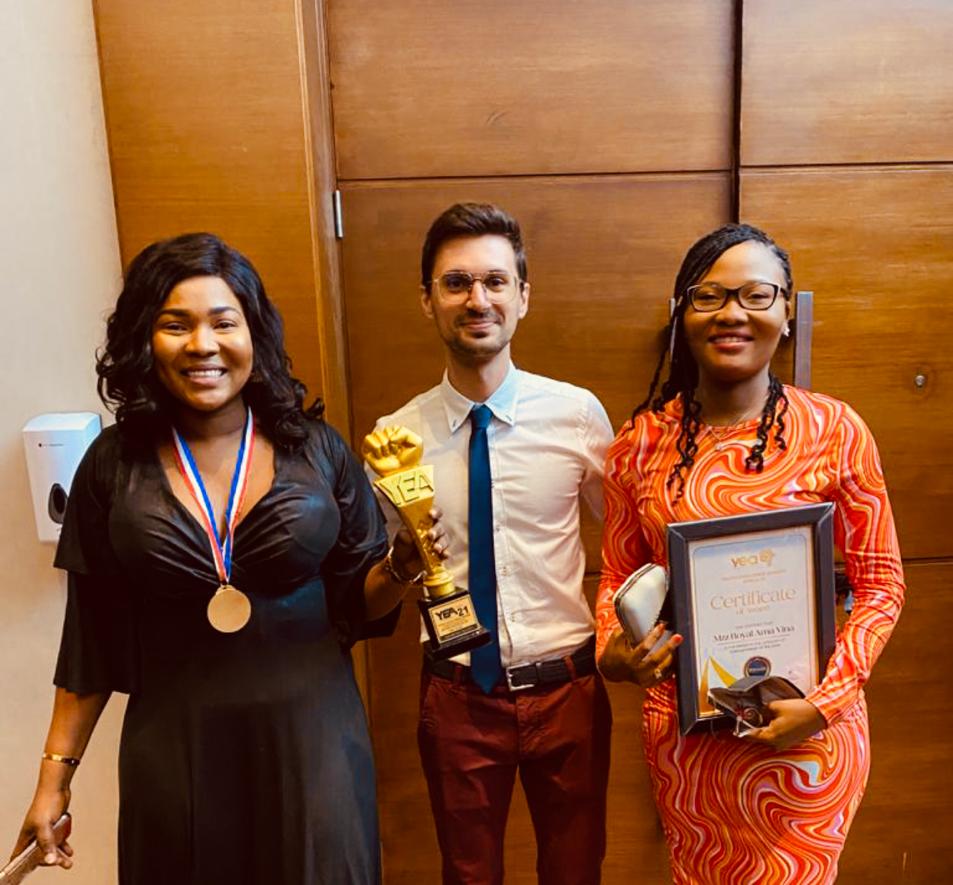