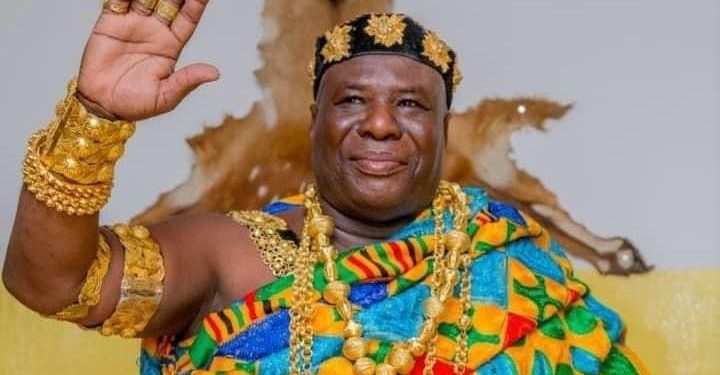 The Effutu Traditional Council is urging the council of the University of Education Winneba to speedily comply with the directives of the High Court to reinstate some dismissed staff including the former Vice Chancellor, Prof. Mawutor Avoke.

The traditional council also urged the school to avoid any further litigation and ensure reconciliation and peace in the school.

In a statement, it said the long litigation the school has been involved in has affected its image and the entire area of Winneba which requires that efforts are made to repair it.

“The fact that Council is being directed by the Court to ensure compliance, the Traditional Council looks forward to Council’s expeditious action in respect of the orders without further litigation,” it said.

“We also entreat Council to put in measures that will ensure a manifest reconciliation for peace to reign without further rancour,” it added.

The Effutu Traditional Council further wished Prof. Avoke, to “be a father of all in spite of all that has happened in the past.”

A legal tussle, which began in July 2017, saw Professor Mawutor Avoke and three other principal officers dismissed for some alleged financial malfeasance.

Three senior lecturers including Professor Ephraim Avea Nsoh were later in 2019 dismissed for misconduct and insubordination.

But the Winneba High Court on Tuesday, February 2, 2022, ordered that Professor Mawutor Avoke be reinstated including all those who were affected by the legal tussle.

The University of Education, Winneba Council, has since agreed to comply with the High Court’s order. 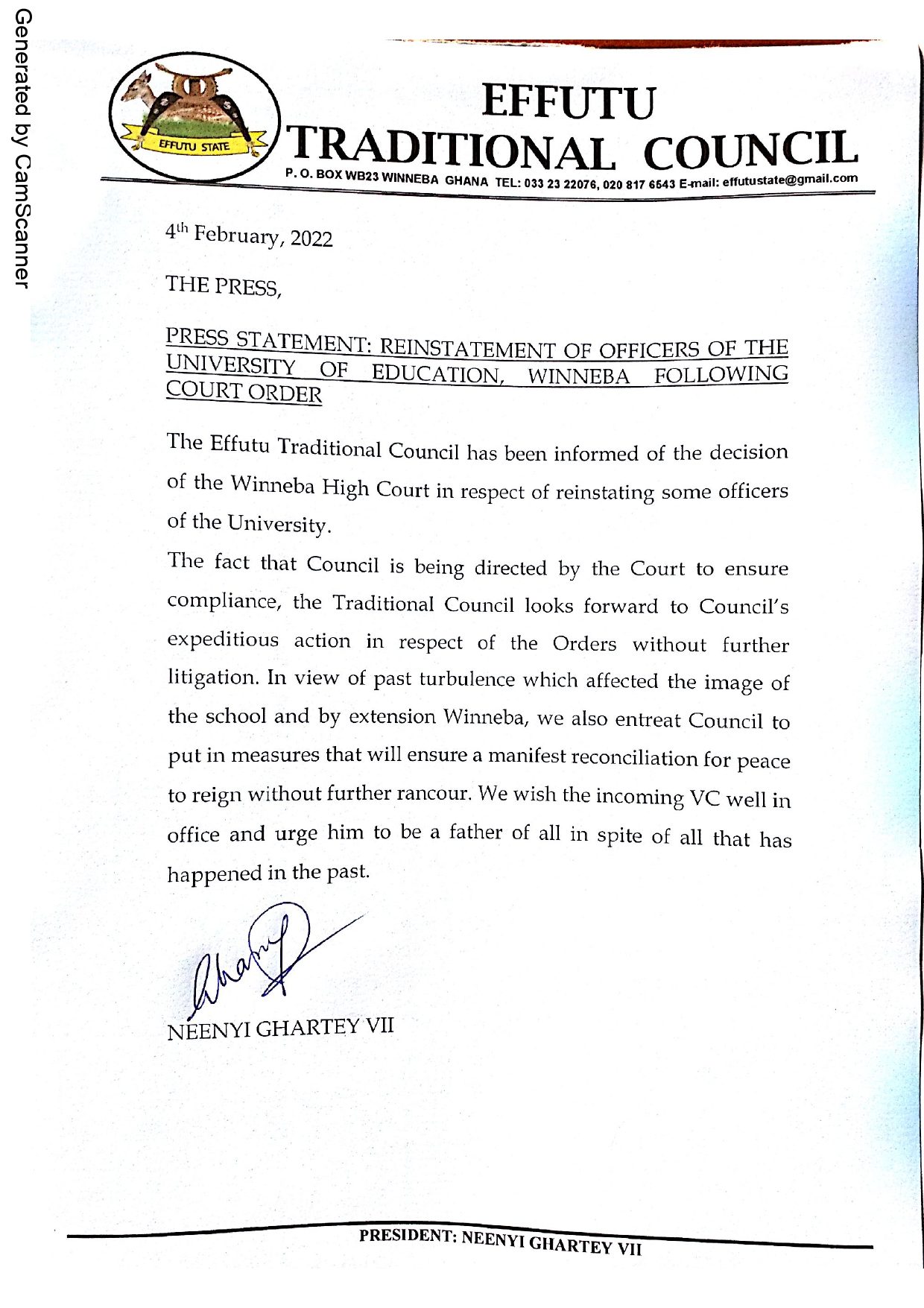 Harmattan: Be cautious while driving – Road Safety Authority to drivers