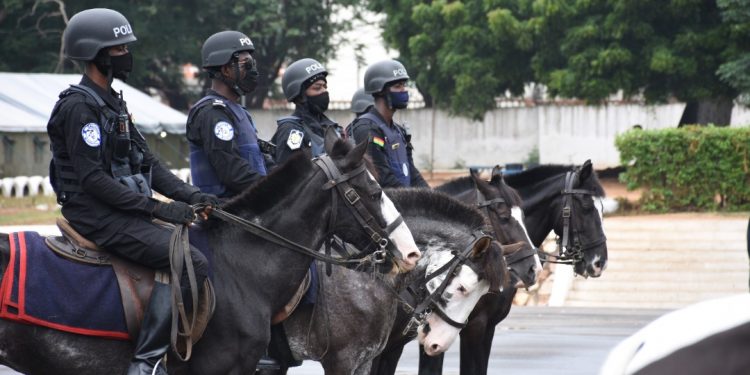 The Ghana Police Service says, it has put in place tough security measures as Ghana marks its 65th Independence Day at the Cape Coast Sports stadium in the Central Region as well as other parts of the country.

Sunday’s event, police have assured, will be “incident-free”.

It follows the deployment of police personnel to various anniversary grounds nationwide.

Part of the arrangement includes an additional deployment of highway and motorbike patrols to support offices on road patrols.

“The arrangements have been networked and dovetailed into all police Regional, Divisional and Districts to ensure a holistic, security strategy for a peaceful anniversary celebration at all levels”, the police said in a statement.

In Cape Coast, in particular, the Motor Traffic and Transport Department (MTTD) has been tasked to manage traffic situations.

The general public is being asked to abide by the protocols and report any suspicious activities.

“We appeal to all celebrants and the general public to obey the rules and regulations put in place for the anniversary parade. We entreat everyone to consider their personal security as a guiding principle for the celebrations”, the police added.

Ghana’s 65th Independence Day Celebration parade, which is expected to be marked in Cape Coast, has been launched with the theme: “Working together; Bouncing Back Better. Dubbed; Cape Coast, 2022”.

It is expected to start at 6:00am and will be replicated in all other regions of the country.

The special guest of honour for this year’s Independence Day is the Prime Minister of Barbados, Mia Amor Mottley.