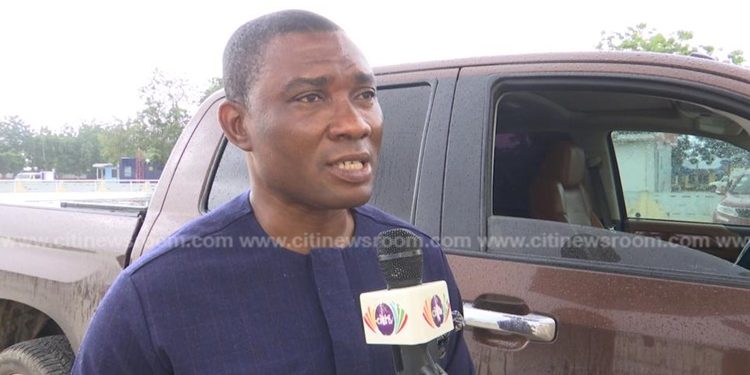 A Deputy Minister of Lands and Natural Resources, in charge of Lands and Mines, George Mireku Duker, says the government has performed creditably well in addressing the menace of illegal small-scale mining in Ghana.

According to him, the government’s numerous interventions have prevented the country’s river bodies from drying up.

“The measures that we have put in place, a team from South Africa came to learn what we are doing here in managing our small-scale mining sector. A team from Sudan also came, also coming to learn how we are managing. From Liberia, they were also here, to learn how we are managing. With respect to that, we’ll say we have done well. But for our interventions, I believe we would have dried up all our river bodies by now, and so we really fought hard, and we must continue by moving expeditiously and make sure that we win the battle,” he said.

The government has undertaken several activities in a bid to address the problem of illegal small-scale mining in the country.

Among other things, the government deployed the military to weed out illegal miners from forest reserves after banning all forms of small-scale mining for nearly a year to sanitize the sector.

It also banned the importation of excavators after indicating that the heavy-duty equipment was used to destroy forests, however, some 840 excavators were imported in 2021 alone.

In a recent report, COCOBOD lamented the destruction of several hectares of cocoa farmlands for illegal mining activities.

The country’s water resources also continue to be negatively affected by the development as many otherwise crystal clear rivers now look brownish due to illegal mining in the rivers.

Ghana’s Water and Sanitation Minister, Cecelia Abena Dapaah, has complained that the treatment of water has become expensive due to the impact of galamsey.

But George Mireku Duker in an interview on the Citi Breakfast Show asserted that the government’s sustained interventions are yielding results.