Expedite investigations into murder of lawyer – Law Society of Ghana 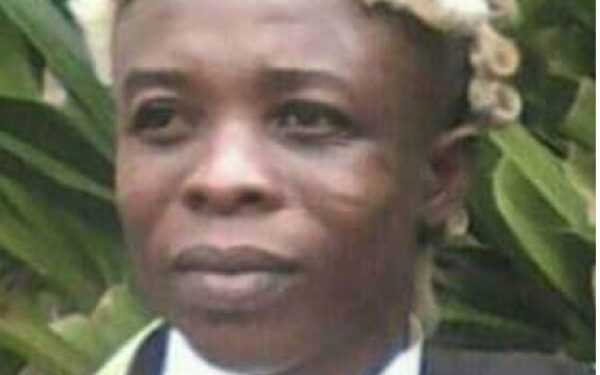 The Law Society of Ghana (LsG) is calling on the Police to expedite investigations into the murder of Lawyer Richard Badombie.

The private legal practitioner was shot dead by suspected armed robbers along the Bole-Bamboi highway.

According to the other occupants of the car the lawyer was in, the gunmen stopped the vehicle and shot at the deceased, who was driving at the time.

Police reports indicate that on reaching a section of the road between Banda Nkwanta and Nuoyiri, three men signalled the victim, who was driving with two other occupants, to stop the vehicle.

While slowing down, the suspects shot and killed the victim, who was travelling to Jirapa.

The Law Society of Ghana in response to the news, said its members have been thrown aback “that our beloved learned colleague, Lawyer Richard Badomble was shot and killed instantly on his way to his hometown at Jirapa in the Upper West Region of Ghana.”

It urged the Police to ensure that the case does not go unresolved.

“We continue to mourn our learned colleague painfully by this murder, which resembles a homicide in many respects; and granted that the victim a law-abiding citizen, an officer of the law and courts and we deem it crucial to call on the Inspector General of Police (IGP) to, as a matter of urgency, institute an expeditious investigation into his murder in a bid to bring the perpetrators to book very quickly.”

“This call is in place also because these gruesome and cold-blooded murders of mainly decent, renowned, and well-meaning citizens of Ghana have become too often, as crimes have remained unanswered, responsibilities reneged by the Police, and hopes dashed.”

The Law Society expressed unwavering interest in the murder of its colleague and requested that the police provide regular, perhaps, public briefings on the progress of the investigation.

Three suspects have been arrested by the Savannah Regional Police Command in connection with the murder.

“We have the confidence that Ghana Police can rise to the occasion, and we pray this unbelievable cruelty is unravelled as soon as possible. We commend the Police on the arrest of three (3) suspects to assist in further investigation,” the Law Society of Ghana added in its statement.