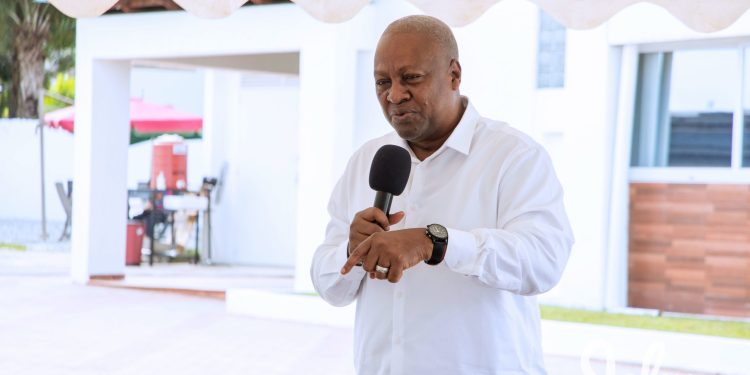 Former President John Mahama is asking the Akufo-Addo government to expedite action on the Ahmed Suale case and bring the perpetrators of the heinous crime to book.

Despite several claims of investigations and some interrogation carried out as part of the process, no one has been prosecuted.

“The killing of ace Al Jazeera journalist Shireen Abu Akleh is a most condemnable act. For a journalist who has for many years covered and brought us reports of events in Israel and the Middle East region, we all mourn her loss. It is our prayer that whoever pulled the trigger and any associates will be brought to justice through an independent and transparent process.”

“Having said that, we also note that the murderers of Ghanaian journalist, Ahmed Suale, are still walking free. We call on the Akufo-Addo administration and the Police Service to take this investigation seriously and bring the murderers to justice,” John Mahama’s post said.

Earlier this year, the Ghana Journalists Association reiterated calls for a speedy investigation into the killing of Ahmed Suale.

Its president, Affail Monney, said the incident which occurred three years ago, has gravely marred the press freedom reputation of Ghana.

In an interview with Citi News, he called on the Inspector-General of Police to make good on his promise to conclude the case.

“The last concrete information we had on the case was at a meeting with the IGP and a Senior journalist. We were told that a special unit has been set up to scale up investigations into the circumstances of the murder of Ahmed Suale 3 years ago.”

Our facility not only for our staff; we’re open to the public – BoG Hospital