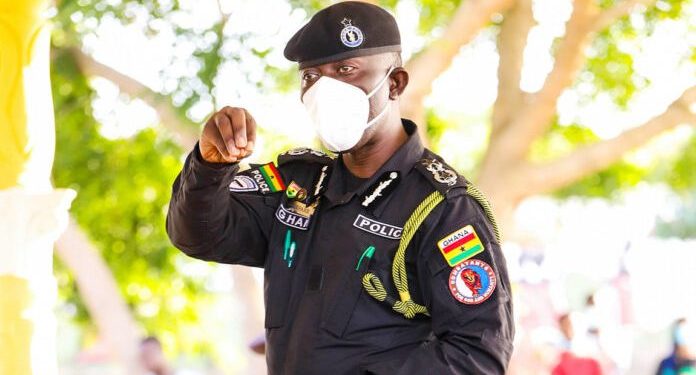 Family of the late Albert Donkor in Nkoranza has welcomed the Inspector General of Police’s (IGP) visit to the town following the death of their relative.

The family says, the IGP, Dr. George Akuffo Dampare has assured that ongoing investigations into the circumstances surrounding the death of Albert Donkor will not be compromised.

The IGP and some police management board members visited Nkoranza to interact with identifiable groups following the violent clashes between the police and the youth of the community.

Speaking to Citi News after their meeting with the IGP, uncle of the late Albert, Reverend Father Mathias Sarkodie, said the family will cooperate with the Police to get justice.

“We were happy to have the IGP and his able men and according to him, he is visiting to find a solution to the problem. They are investigating the matter, and he has entreated the family to cooperate with the police service over the death as the family seeks justice for Albert.”

“He promised the family that he will do whatever he can in his capacity for the family to get justice. So the family has assured of cooperating with the police because we know the IGP won’t fail this litmus test”, he said on Eyewitness News.

Residents of Nkoranza are outraged by the death of Albert Donkor, who was picked up by the police, following a robbery incident on the Nkoranza-Kintampo road.

They believe Albert may have been targeted after chancing on a robbery scene involving some police officers.

Meanwhile, Albert’s family has filed a case at the Accra High Court seeking justice for their relative.

They are hopeful that the court’s intervention will allow for thorough investigations into his death.