Transport fares up by 20% at some bus terminals 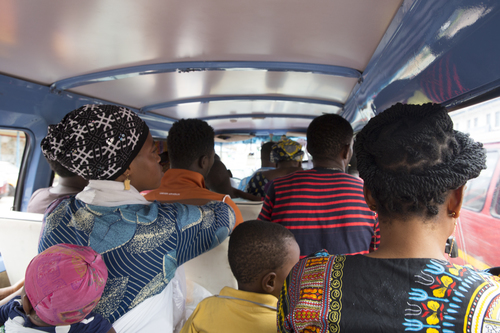 Some commercial drivers at bus terminals at the Kwame Nkrumah Circle in Accra are already charging 20% more on transport fares ahead of the expected increment in transport fares by the Ghana Private Road Transport Union (GPRTU) on Friday.

Citi News’ checks at the Kwame Nkrumah Circle; a major transport terminal in Accra showed that fares from Circle to Dodowa have been increased from 9 cedis to 11 cedis.

Citi News interacted with passengers who are bearing the brunt of this development.

“My fare was increased from 8 to 11 cedis. It is very disturbing because as I am talking now, our allowances are not in,” a passenger complained.

“Initially, the charge was 2.90 pesewas. I just found out 20 pesewas has been added” another said

Drivers believe the increment is the only way to sustain their operations.

They want the government to reduce prices on petroleum products to salvage the situation.

Transport fares were increased by 15 percent in February when fuel prices averaged GH¢6.4 per litre

Both commercial and private drivers, as well as other stakeholders, have urged the government to scrap some taxes on fuel to cushion consumers.