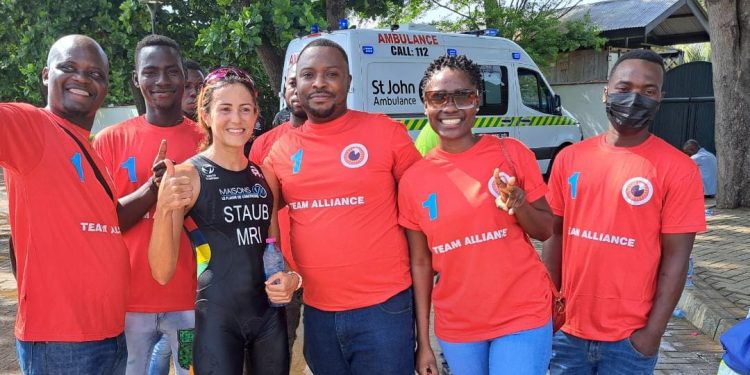 Alliance Media is widely recognized as the pan-African leader in Outdoor and Airport Advertising, having the widest coverage on the African continent has sponsored Julie Staub a fantastic Triathlete from Mauritius to compete in the 2022 African Triathlon Cup in Accra on the 11th of June 2022 as part of its corporate social responsibility.

World Triathlon is the international governing body for the multi-sport disciplines of triathlon, duathlon, aquathlon and other nonstandard variations.

This year the triathlon event took place in Ghana on the 11th of June 2022 at the La Pleasure Beach Hotel.

This is the second time Ghana has hosted the competition. 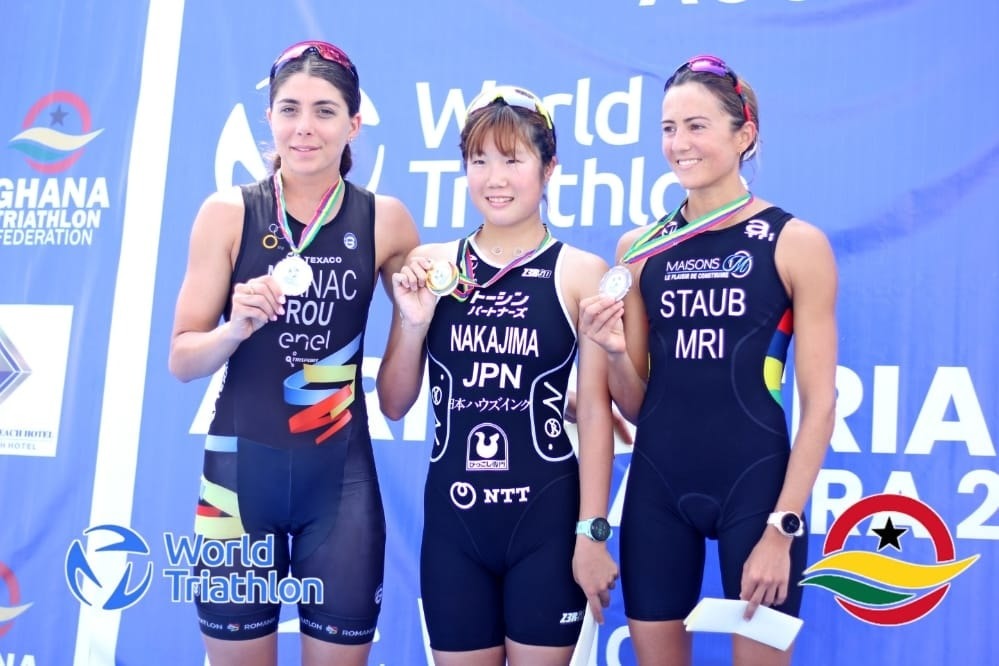 The competition, which was scheduled to start at 7am had contestants competing for the 750m elite sprint race swim, 20km bike race and 5km run race.

However, due to the bad weather conditions, the swim race which was to take place at the La Pleasure Beach could not happen.

Athletes from all around the world, including countries such as Germany, Ukraine, Romania, Kenya, Japan among others, were present to grace this occasion.

At the end of the race, the men’s category had Vitalii Vorontsov of Ukraine coming in the first place.

The women’s category had Chisato Nakajima from Japan coming in as the first winner.

Operating across Africa, with almost 25 years experience, Alliance Media Ltd have been awarded the European Union Award for innovative media and the prestigious “Best Outdoor Advertising Company” award in multiple markets for the past ten consecutive years. We have also been awarded the highly coveted Best Media Owner in Africa award.