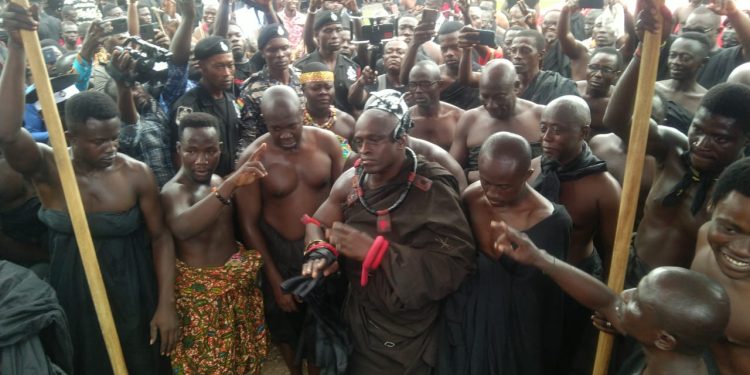 Nana Kwaku Boateng known in private life as Odehye John Kwadwo Yeboah Gyamfi born and bred in Koforidua had his education at St. Peter’s Secondary School before moving to German to continue his studies where he has lived and worked for decades.

Nana Kwaku Boateng III was ushered into by Gyasehene Nana Twumasi Dankwa in the presence of all divisional, subdivision chiefs, Muslim leaders; the clergy, political and institutional heads. 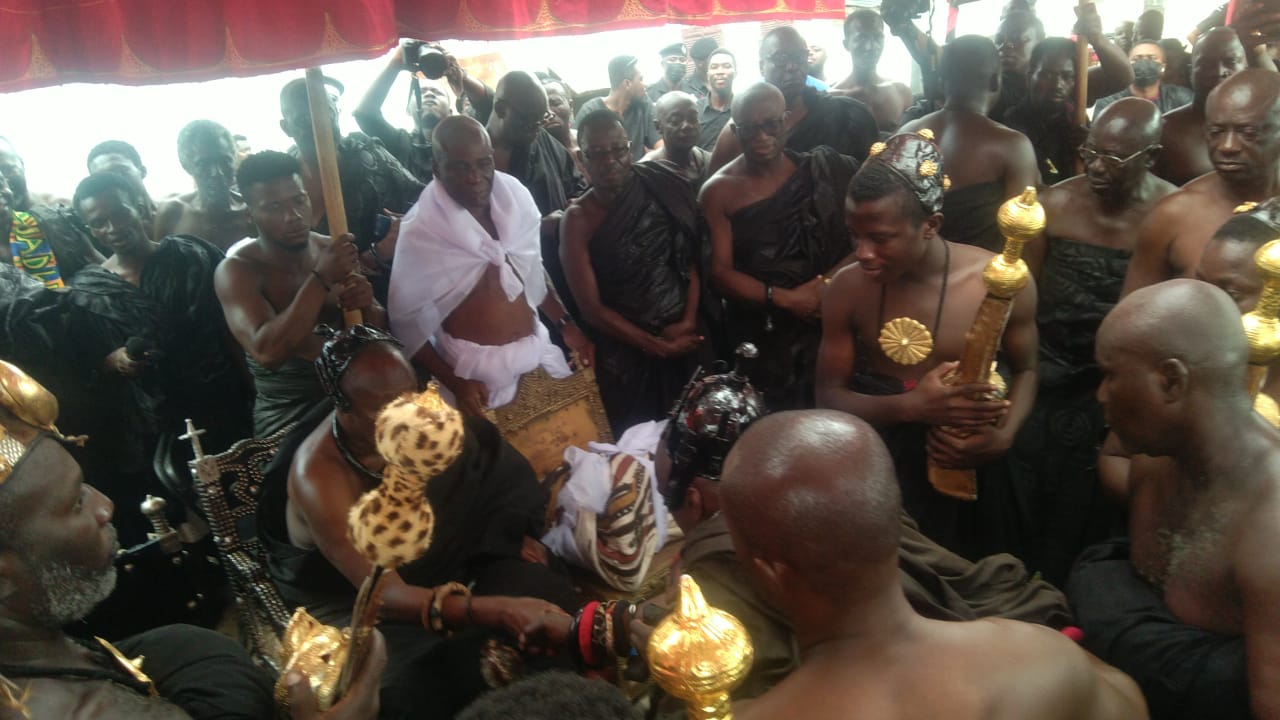 For the first time in 29 years, the black stool which symbolises the power and authority of the people of New Juaben, came out of the stool room, and Nana Kwaku Boateng III was made to swear to the stool and commit to serve in diligence and in truth.

Nana Kwaku Boateng llltakes over from the late Professor Emeritus Dasebere Oti Boateng, who was laid to rest last month. 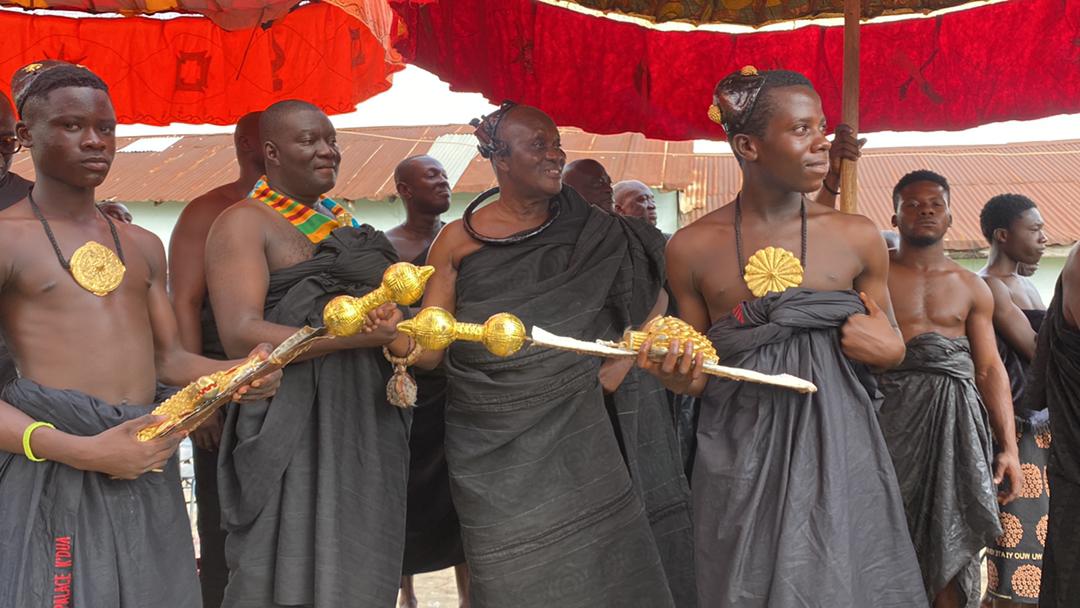 Swearing to the chiefs and people of Juaben at the forecourt of the Yiadom Hwedie Palace in Koforidua on Monday, June 27, 2022, Nana Kwaku Boateng III said he will use his rich experience and expertise to develop New Juaben.

“I pledge to ensure unity, peace and together in New Juaben and to an extent to Old Juaben, I will use my strength, your help, and expertise to help ensure growth, progress and development in New Juaben. Based on the goodwill, service to mankind and humanity that my forefathers used to rule the good people of Juaben, I pledge to continue same and never turn my back on my people”. 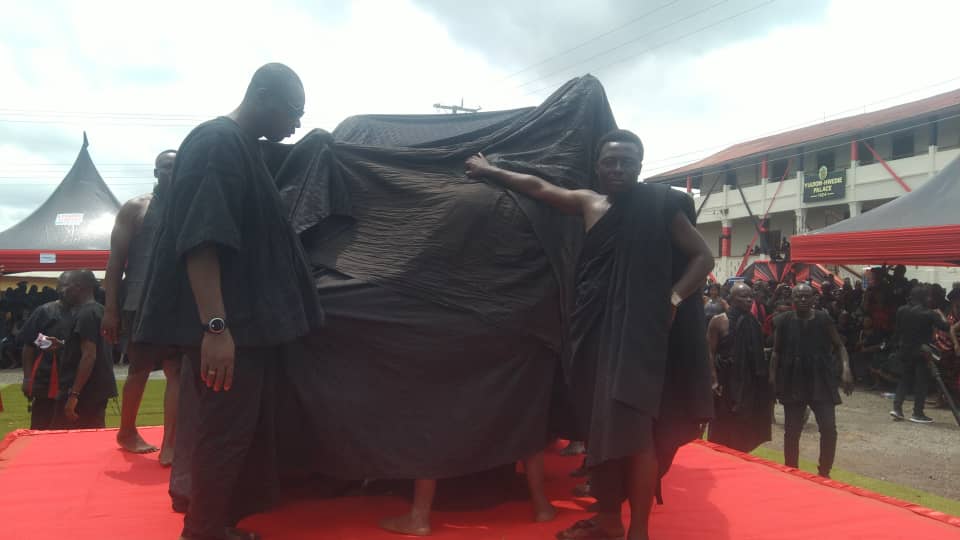 The Chairman of Council of State and Omanhene of Asante Juaben Dasebere Otuo Serebour, advised him to unite his subjects and remain truthful to the people for a successful reign.

Both divisional and sub-chiefs who lined up to swear an oath of allegiance to him also promised to submit to him and work together to boost his developmental agenda. 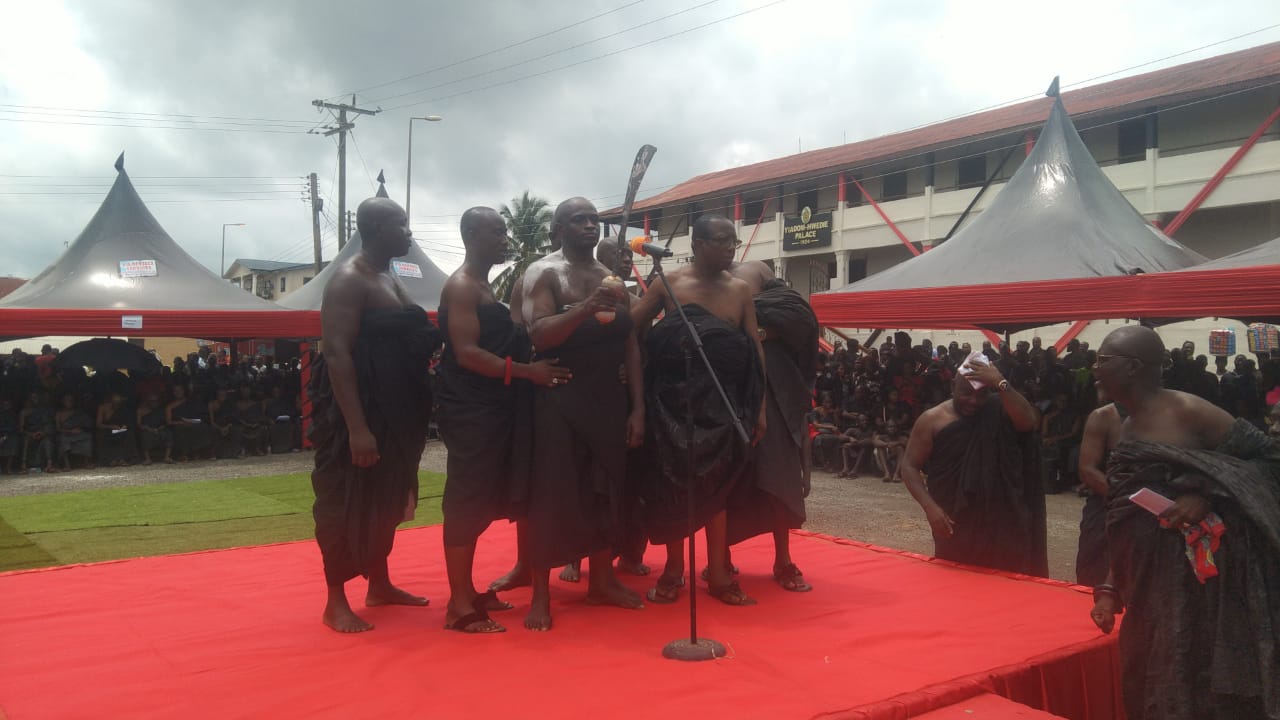 He will on Wednesday, June 29, 2022, sit in state to receive well-wishers and loved ones.