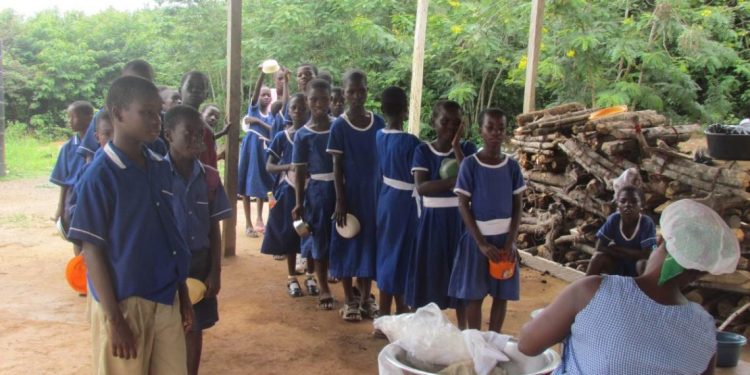 Some school feeding caterers in the Western Region have picketed at the offices of the School Feeding Programme Secretariat in Accra, agitating over the non-payment of monies owed them for preparing meals for pupils.

They say their monies have been in arrears for more than three school terms.

The caterers, numbering about 50, are part of the numerous cooks nationwide who have boycotted cooking until government pays them for work done.

But speaking to Citi News, the caterers who travelled from the Western Region said none of them have been paid despite their numerous complaints.

One of the caterers who spoke to Citi News said many other caterers have developed ailments and some have died due to the pressure involved in dealing with their debtors.

“We came from the Western Region. The government has given us a job but at a point, the work became difficult. Our payments are no longer forthcoming as they used to be. When they are to pay, they only make part payment. We are owed arrears from 2019 and 2020. There are also arrears from the past 11 months. Our debtors are demanding their monies,” the spokesperson for the group said.

She added that, “the worst of all is some of our colleagues have died as a result of the pressures involved. It is very embarrassing trying to hide from your debtor. We have come here because of our monies. We have been patient all this while, but today we want our monies.”

The group appealed to Gertrude Quashigah, the Acting National Coordinator for the Ghana School Feeding Programme, to immediately work on their complaint and ensure they receive their payments to enable them to continue to render the meal provision service to pupils in the Western Region.

CHRAJ petitioned over ministers who've not declared their assets