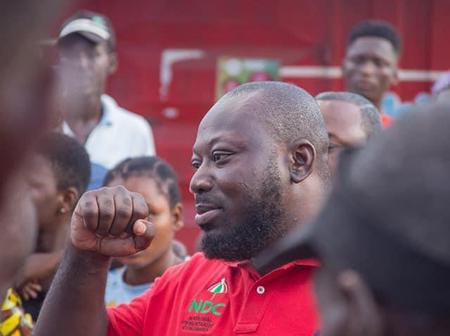 The National Youth Organizer of the National Democratic Congress (NDC), George Opare Addo says his outfit will provide legal representation for all the protestors who were arrested during the Arise Ghana demonstration.

29 suspects were picked up by police for allegedly engaging in various forms of offensive behaviour during Arise Ghana’s recent protest, especially at the Kwame Nkrumah Circle.

Police are accusing the suspects of, among other things pelting stones at them, destroying police vehicles, and burning tyres in the middle of the road.

The leadership of Arise Ghana, and some members of the NDC on Thursday, visited those arrested at the various police stations they were being kept to secure bail for them.

According to George Opare Addo, after a meeting with the IGP, bail conditions were agreed for all the suspects, and they were all to present guarantees of public officials who earn salaries of above GHS 2,000 and had Ghana cards.

“We met with the IGP, and we agreed on the bail conditions. We’ve managed to secure bail for all 29 of them. They were 28 males and 1 female… We will all be there [on Monday] with them and wait for when the police will want to take them to court. We’ll represent them,” he said on Eyewitness News.

Opare Addo said he was confident that the charges levelled against the suspects will not be upheld by any court since he finds them to be without merit.

“They charged, among other things, offensive conduct, destruction of government property and possession of weapons. They are charges that will not stand the test of time,” he added, alleging that one of the suspects was “arrested for walking past Akufo-Addo’s house clad in red. He was injured and was treated and was on his way home. Are we saying nobody can walk past that building?”.

The suspects are to report to the police station on Monday to be arraigned before court.