Retract, apologise for defaming me or face me in court – Bediatuo to Odike

A letter from Mr. Asante’s lawyers noted claims from Mr. Odike that he had links to illegal mining in Bosomefreho.

“We are instructed to inform you [Odike] that the said publication that you put in the public domain is absolutely false.”

“It is instructive to point out to you that you ought to have taken steps to verify the authenticity of the information before publishing same in the public domain,” the letter added.

Because of the lack of evidence, Mr. Asante feels Mr. Odike’s allegation is “carefully calculated to malign, cause public disaffection, injure the reputation and reduce our client’s reputation in the eyes of right-thinking members of society.”

Mr. Bediatuo Asante intends to take legal action if Mr. Odike does not retract the claims.

Mr. Odike is believed to have also incurred the anger of Chiefs of the Asante Kingdom after he accused them of complicity in illegal mining in the Ashanti Region.

He was also accused of threatening to incite the youth to rise against the chiefs if they fail to play their roles in curbing the illegal mining menace.

Mr. Odike’s comments were, however, described as distasteful and disrespectful by members of the Kumasi Traditional Council.

His office was subsequently vandalised and there were calls for him to apologise to the chiefs. 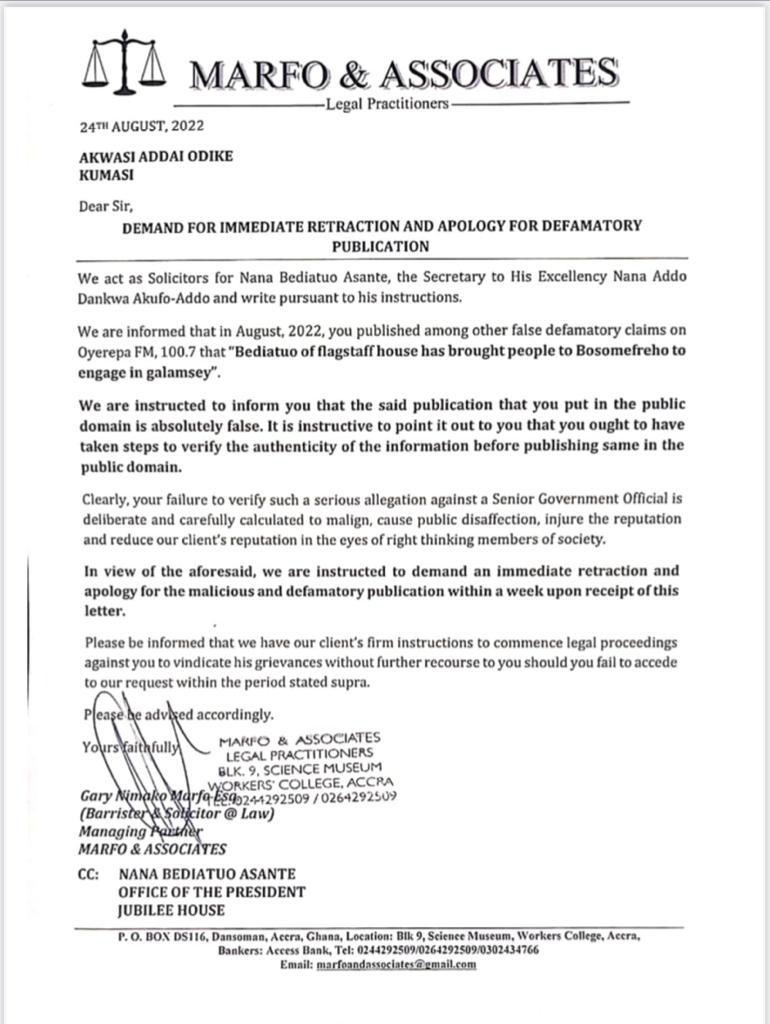 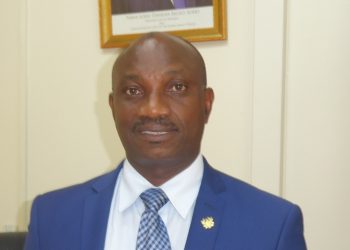