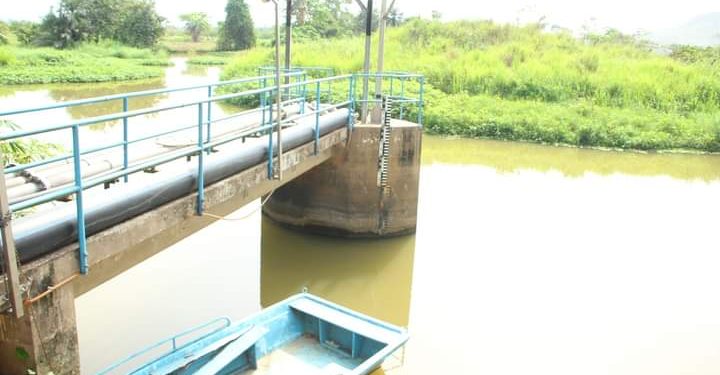 The Ghana Water Company Limited (GWCL) says “it is in control”, of the challenges brought on by recent heavy rains and the spillage of the Bagre Dam.

It said the two situations have gravely affected its operations leading to “considerable havoc to some water treatment plants” across the country.

The management of the GWCL assured the public that despite the challenges, it is in control and has put in measures to ameliorate the situation to minimize the impact on consumers.

It explained how the recent rains have affected operations as follows:

The Weija dam is currently at a level of 49.5ft as against the maximum operating level of 48ft. Spillage normally begins when the level gets to 46.5ft. As a result, four (4) spill gates have been opened to safeguard the integrity of the dam, save the dam from collapse, and save lives and properties.

The Jambusi Treatment Plant is sited at the banks of the Black Volta, at the boundary between Ghana and Burkina Faso. The level of the river rose to a level of 13.8ft as against the maximum operating level of 13.0ft.

The high level of the river, coupled with run water from the rains, caused the flooding of the Pump House at the intake and production had to be curtailed at that point.

The opening of the spill gates of the Bagre Dam in Burkina Faso raised the level of the Nawuni river where water is abstracted at Dalun and treated for the people of Tamale. Two transformers that feed the treatment plant got damaged and power to the plant was curtailed. Due to the challenges, production has reduced, and Engineers from Northern Electricity Distribution Company (NEDCo) are assisting GWCL to have it solved.

Water supply to Akyem Oda, Akwatia, Kade and surrounding communities have been curtailed because of the shutdown of the Akyem Oda Treatment Plant, due to the flooding of the pump house at the abstraction point (in-take point). The flooding also caused damage to some equipment such as electronic control panels and pumps.

Residents of Koforidua are currently experiencing low pressure in some areas of the metropolis due to flooding of the plant at Densuano and this has affected all the equipment in the plant.

It is pertinent to note that there are similar situations occurring at Daboase in the Western Region, Winneba and Kwanyarko in the central region, and other areas, Management of the Ghana water Company limited wishes to assure the public and its cherished Customers, that Engineers of the company are on top of the situation and doing everything possible to forestall further eventualities.