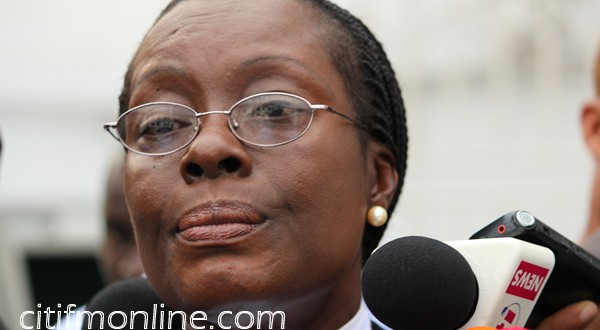 The Attorney General, Gloria Akuffo, has indicated that some administrative arrangements are underway to equip the Office of the Special Prosecutor with the requisite resources.

A Citi News report recently revealed that the office is incomplete, a month after the Special Prosecutor was officially sworn-in.

The Attorney General in an interview with some journalists after a court hearing on Monday, however indicated that the Special Prosecutor, Martin Amidu is in the process of setting up administrative structures to get the office fully functional.

“The Special Prosecutor has been sworn into power. There are issues of setting up administrative structures before he [Special Prosecutor] can start anything and he is in the process of doing that.”

She explained that although the governing board would have usually made these administrative arrangements, that prerogative had been given to the Special Prosecutor to make him truly independent of the board.

“Once the governing board is in place, all these things are going to be done by that board, but it will not be done because we truly want him [Special Prosecutor] to be independent of the board.”

Martin Amidu was sworn in by President Nana Akufo-Addo as Ghana’s first Special Prosecutor a month ago.

A month on, it appears everything ended after the day he was sworn in as the office allotted him at Labone in Accra lacks logistics and looks like a private residence.

Citi News’ visit to the place revealed that the unmarked house had a compound too small to accommodate more than one vehicle.

The interior of the one-storey house boasts of a few bedrooms that have been converted into offices fitted with desks for prosecutors and investigators needed for the job.

The Special Prosecutor himself has a small room stuffed with chairs and a dining table which will serve as his office.

A few more tiny rooms and cubicles seemed like offices for other staff.