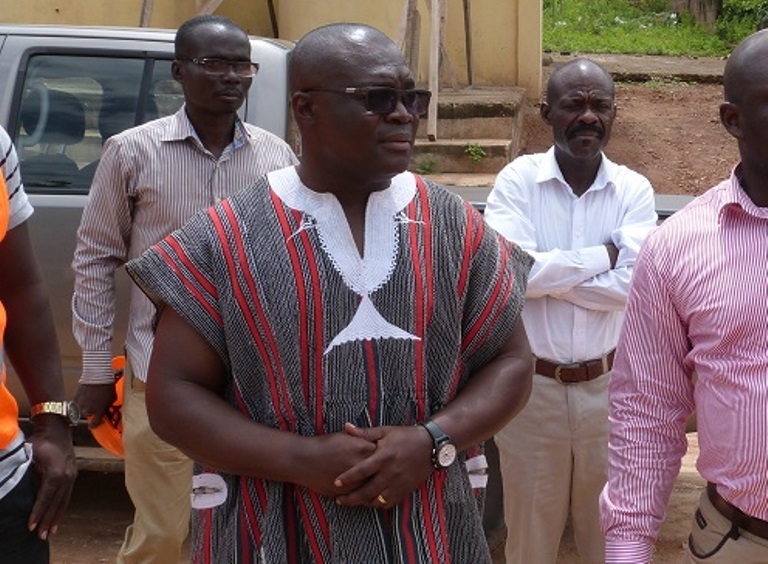 A former Municipal Chief Executive (MCE) of the Ga West Municipal Assembly, Sam Atukwei Quaye, has blamed corruption in the road sector for the numerous shoddy road projects in the country.

He, therefore, urged the government to decisively deal with civil servants who manage road projects to reduce the corruption and ensure roads are constructed to meet requirements.

[contextly_sidebar id=”zGvAqsbJ2CkVQgk2rIQGY0ZLmLaPQs0d”]“This is the time for us to focus our attention, not on the politicians, but the civil servants. Civil servants are so corrupt because they are directly involved in some of these things. We don’t really do much, they do them,” he said on the Citi Breakfast Show on Tuesday.

The former MCE made the call to commend a lawyer who has written a letter to the Ministry of Roads and Highways over a shoddy road project at Tetegu in the Ga West Municipality.

The lawyer, Kweku Paintsil in his letter demanded details of the contract and other public documents related to the one-kilometre.

In the letter, Mr Paintsil contends that the Tetegu road is in a terrible state despite its status as a completed road.

“For a barely one-kilometre road, this is completely shocking and calls into question the supervisory acumen and competency of the public offices under whose watch the project was executed,” he said in his letter.

He is, however, seeking an independent audit for a value-for-money assessment of the contract.

Mr Atukwei Quaye in the interview said the lawyer’s action “will deepen transparency” and called on Ghanaians to turn their heat on civil servants who supervise poor road projects.

Our hands are tied

The former MCE also complained that most capital-intensive road projects are planned at the national level without informing chief executives at the local assembly.

He said this makes it difficult for local assemblies to have a say even when the contractors execute substandard projects.

“Most of the time, most of these road contracts are awarded from the road fund or the main ministry [of Roads] and before you realise contractors have come and they are working on the road. Sometimes they inform you so that you can supervise, but even the supervision is mere supervision. Many of the time your input will not determine whether that person must be paid or not. There have been times that I sit in my office, work is going on, and I cry because the work has been so shoddily done,” Atukwei Quaye lamented.

On the Tetegu road, Mr Quaye questioned lamented how a completed road had become deplorable almost a year after it was finished.

“This Tetegu road, I know of that particular road. As to how the contract was awarded, the contract sum, whether the money has been paid or not, less than one year, the entire road is gone. I can confirm to you that this is not a contract that will come from the assembly.”

“If the chief executive will be honest with you, he will tell you that he is not even aware of the contract and does not also have the contract document. Most of these contact documents we don’t even get them,” he added.