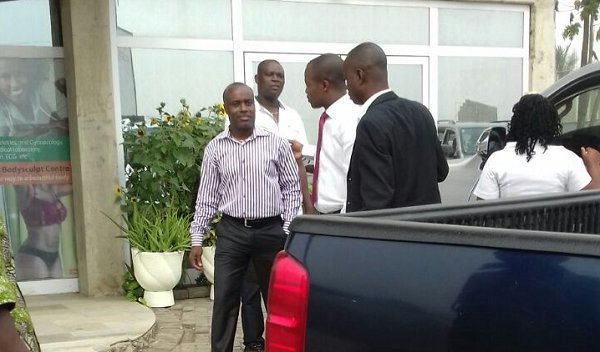 The Director of the Advanced Body Sculpt Centre, Obengfo Hospital at Weija, Dr Dominic Obeng-Andoh, has been remanded into police custody.

This was after he was denied bail yesterday [Tuesday].

[contextly_sidebar id=”JrVpWKefZr8Oi5K7N0l1OHh50R7YCLsa”]Dr. Obeng-Andoh is being investigated over the purported death of the Deputy Chief Executive Officer of the National Entrepreneurship Innovation Programme (NEIP), Stacy Offei Darko, at his medical facility.

According to the mother of the deceased, Nana Akosua Animah,  her 37-year-old daughter fell ill and sought medical attention at the Obengfo Hospital but died last Monday after her admission.

She says she was informed about her daughter’s death three days later.

Dr Obeng-Andoh was arrested with three other accomplices following the incident.

An Accra Magistrate court denied them bail after their lawyers’ appeals.

Dr Obeng-Andoh and his accomplices are to reappear before the court on June 12, 2018.

Controversy has never been far away from this hospital. In January 2017, the Medical and Dental Council closed down Obengfo Hospital for operating illegally. The move was to apply the law to ensure that the hospital acquired the necessary license.

That was the second legal action the facility faced after the council revoked Dr Obeng-Andoh’s licence in 2013 for operating illegally.

“The last time he [Dr. Obeng-Andoh] renewed his registration was in 2013, and he was supposed to renew his registration each year after it expired on 21st December 2012. We have made our presentations to the appropriate institutions, and we expect the appropriate actions to the taken,” the Registrar of the Medical and Dental Council, Dr Eli Atikpui told Citi News at the time.

Dr Obeng-Andoh was, in December 2016, also arrested over the same issue after the Dental and Medical Council said it had received several complaints of medical complications from some persons who had patronised the facility.

According to the council, Dr Obeng-Andoh’s practice was dangerous to the lives of his patients hence the move to stop his operations.

Following threats by the council to lock up his hospital, the doctor went to court seeking an injunction on the council’s action.

But the case was thrown out of court after the judge discovered that Dr Obeng-Andoh’s lawyer was not qualified at the time of applying.