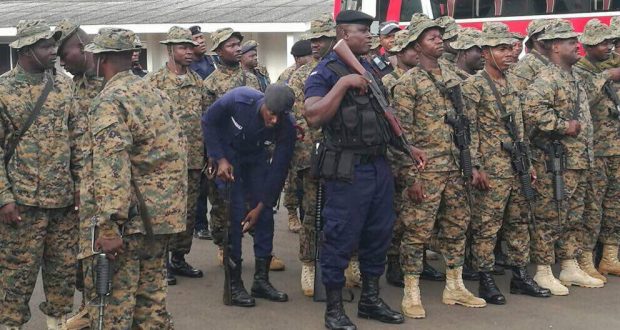 The Operation Vanguard Joint Task Force (JTF) Forward Operating Base (FOB) in the Western Region have arrested four  Chinese nationals and one  Ghanaian at Asendua near Hiawa in the Amenfi Central District of the Western Region for illegally engaging in mining operations in the community.

The suspects and the exhibits have been handed over to the Manso Central Police station.

“We are going to conduct further investigations. Our crime officers together with the investigative team of the police have visited the crime scene to do a crime scene reconstruction and we will put [the suspects] before court”.

He warned Ghanaians aiding foreign nationals to desist from the acts as they will help the pollution of the environment and flee to their homelands.