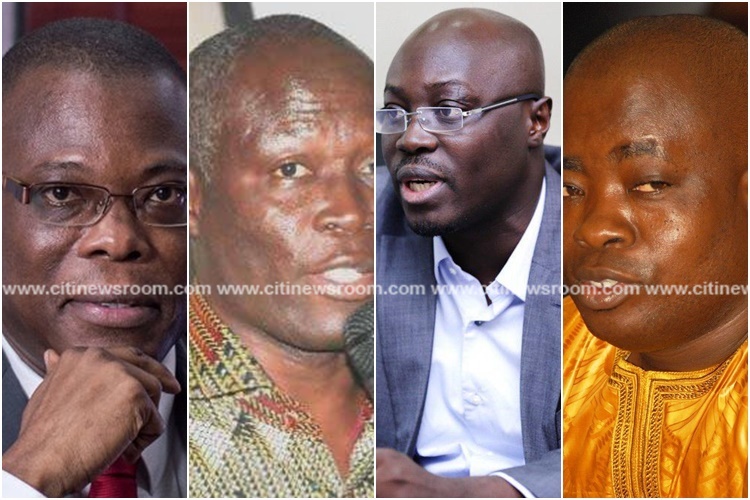 The list of some 94 Members of Parliament on the ticket of the National Democratic Congress who endorsed the candidature of former President John Dramani Mahama is out.

The 94 MPs out of 106 NDC MPs in July encouraged John Dramani Mahama to lead the party in the 2020 elections.

However, their list was never released until today, August 23, 2018, when John Mahama presented his letter of intent to contest the party’s presidential primaries.

[contextly_sidebar id=”y8bNjwrrjsgYg0xNBUUVSK1YHdBEpif9″]The letter was presented on his behalf by a delegation led by Ghana’s former US ambassador Daniel Ohene Agyekum.

The 94 MPs have thus welcomed the decision and promised to support Mahama’s campaign with their expertise, knowledge and personal resources.

A statement from the MPs said: “As Members of Parliament, we would like to express our profound gratitude to His Excellency, John Dramani Mahama for hearkening to the cries of our Constituents which we presented to him when we met him four (4) months ago. Our Constituents had one simple message – President Mahama should avail himself to the people of Ghana to salvage the sinking ship under Nana Addo Dankwa Akufo-Addo. Today He has heeded the clarion call of the people and we are grateful.”

“We hold the humble considered opinion that given the benefit of hindsight and the privilege of having learnt from our previous shortcomings, the NDC led by John Dramani Mahama would present Ghanaians a credible alternative to this abysmal government with workable and tangible policy alternatives that would alleviate the suffering of the Ghanaian masses, restore confidence in our economy and set Ghana on the path of socio-infrastructural development,” the statement added.

Below is the full list of the 94 NDC MPs calling themselves MPs4JM: