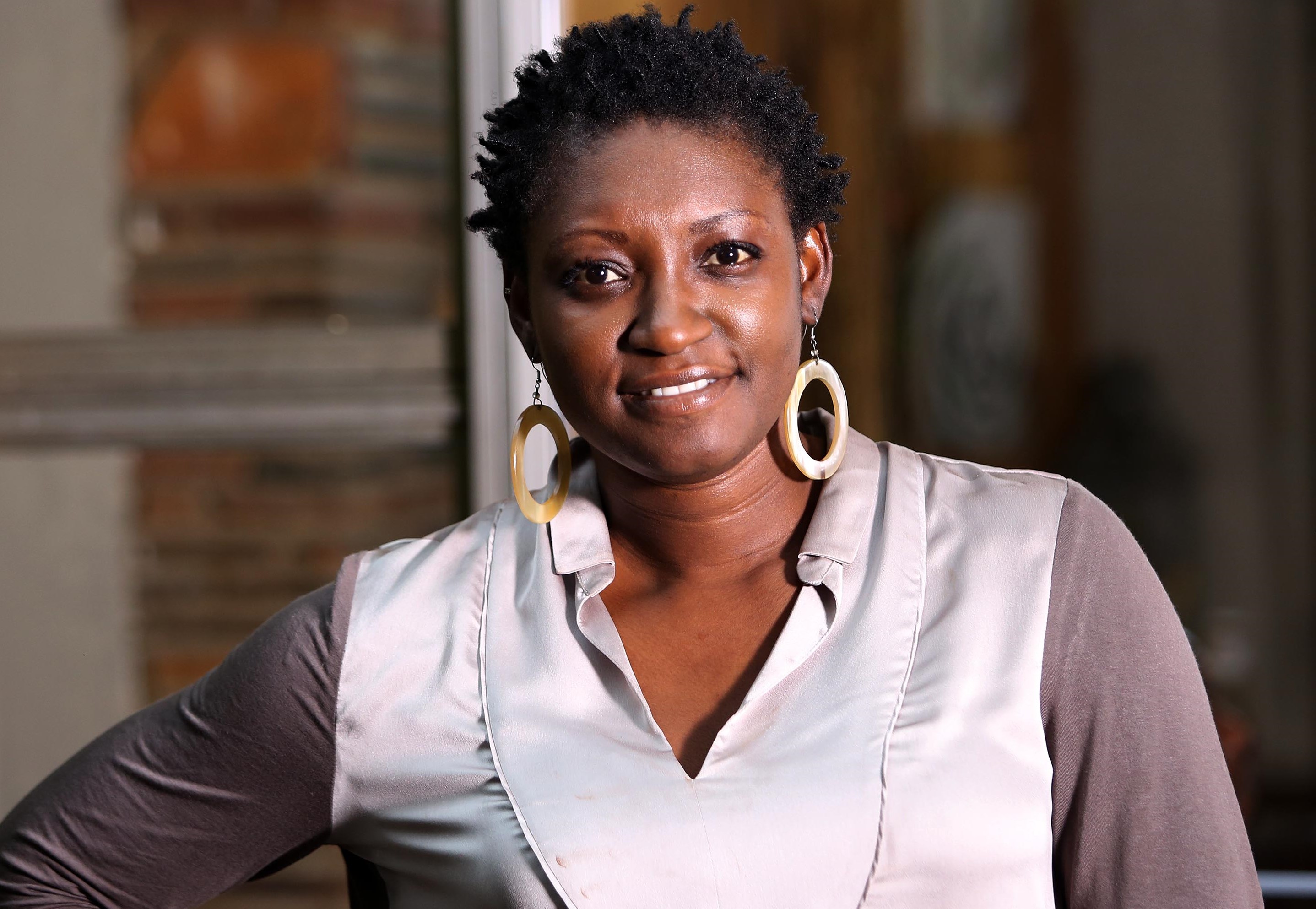 In the wake of the various problems bedeviling the Ghanaian film industry, film producer and actress Juliet Asante, has penned a letter to the President, Nana Akufo Addo, to address a few of these concerns.

Read her open letter to the President below:

Your Excellency, Nana Addo Dankwa Akufo Addo, you always wanted to be a filmmaker, I understand.

Mrs. Rebecca Akufo-Addo herself, on a warm afternoon, under the hot Ghanaian sun, whispered this into my ears…. If this is true, than using today’s technology, perhaps virtual reality, let me take you into my world a minute Mr. President… I welcome your excellency to take the director’s chair with me.

Mr. President, now close your eyes and imagine that this happens on your next flight.

[contextly_sidebar id=”aWYKb7QPJcNrkTZ5q1y3Hwrop25MchqN”]As you go through the list of films you can watch on the flight, you see the poster of ‘Rescue List’ or ‘Both Saved’ or ‘Corruption’ or ‘Ghana for You’ or ‘Vagabonds’… All films from Ghana, that made it through this year’s festival. Or even my own film, ‘Silverain’.

You realize that the list of films you just saw on the entertainment menu are all from Ghana. Mr. President, you make a mental note of the number of people who worked on these films. As the list goes on, it soon hits you that film actually employs a lot of people!

You then vaguely remember that there was a time when Ghana in fact had a very vibrant film industry to be proud of. An industry that was pulling significant revenue into the country via co-productions.

But then we had to go and sell the Ghana Film Corporation, Mr. President. Ghana sold off the backbone of an entire sector! But, Mr President, we now have a unique opportunity in time to reset history. As they say, film is a mirror of society, film can also be soothsayer and so imagine that this is a movie you are watching now and that in this movie, we are playing a game of what ifs.

So, what if Ghana had a policy that mandated our local channels to invest and transmit a minimum of 50% local content for instance?

My answer? What this would do is that suddenly the networks will not have a choice but to come up with innovative ideas to generate content and to work with local producers. This will mean that more productions will be done locally which will create jobs for many young people. Film is the second employer in Nigeria after Agriculture, proving to us that with the right interventions, it is possible that film can open up huge opportunities for employment In Ghana.

[contextly_sidebar id=”IsiCkvbe1rMbinpab8CpH2NiYe4nEQza”]Imagine for instance if Black Panther or even one of the avengers had shot in Ghana. Or even imagine that we made a good case for Tyler Perry to shoot movies in Ghana, or we made a case for Netflix for instance to invest some of its significant money into Ghana via co-productions.

Mr. President, this is what I call low hanging fruits. Any of the scenarios we have painted can easily pull into Ghana over hundred million dollars easily. Black panther cost over 200 million dollars to make. That could have been money in one of the banks in Ghana, as we speak… and we all know what that would do for the economy.

This movie could have easily employed over 10,000 individuals and supported over a million households. The skill set of all the individuals working on that production would have been improved.

This skill transfer will immediately impact the skill of our local sector and this will translate immediately into what we see on our TV stations and Cinemas. Because of the key on the job training, the quality of our local productions will improve immediately.

Which will also translate into the number of productions we make. Quality plus the right quantity can only translate into income as filmmakers and producers will then be able to sell on the international market which will earn revenue for the country.

Have we stopped to ask ourselves how much Hollywood earns for America annually? Right next door in the Nigeria, Nollywood contributes over 7billion dollars annually to GDP. Ghana can ride on films made here to brand itself and sell itself to the world. People will visit Ghana because of this exposure, as they will want to see the location of the shoot. This is called film Tourism.

Now let’s touch a little bit on the impact of the images we see on our screens on the minds of the people. For the diplomatic community here and those who are affected by the sad migration crisis plaguing Europe. What I can say to you, is that do not be surprised. For the media and films have painted your lands as overflowing with gold! Even though both of us know that you may have slums in your country for instance, the Ghanaian who has grown up on movies like ‘Harry Potter’, ‘Notting Hill’, etc, knows no such thing!

And sometimes I laugh about this, but for Mexico and India and other countries that have telenovelas thriving in Ghana, don’t be surprised if the migration crisis pivots into Mexico and India in the next 10 years because we do tend to follow the images we see on screens and rightly so.

The question is, what lessons does this carry for us as a people? Perhaps as an industry also, it is time to look more at empowering stories around us that can both motivate, enlighten and inform our people…

We need to hear and see stories that highlight home grown solutions and effort. Let us also do business amongst ourselves in the sub-region. If there was one thing that making Silverain taught me, it is that you need a core audience for your work. Shooting Silverain, using casts from 5 African countries, meant that I immediately had access to 5 countries that did not necessarily require me to have a passport to travel to, to promote and sell my film.

What can we learn from countries that are way ahead of us in this, like South Africa and Nigeria? Can we have film treaties with these countries to begin with? The digital age is here. Where is the conversation around digital distribution and the e-economy? We have a film policy framework that is still very much stuck in the 1970s, when we have time travelled into 2018!

Content they say is the new oil! And government needs to step up its support in real ways to the sector.

As we invest in infrastructure, let’s also pay attention to the content we are offering to both the locals and the international community… Because no one will leave Ghana claiming that we have the best roads and hotels for instance … but they are very likely to speak about a great experience… which I must point out, comes from content!

I am very happy to see that efforts like what we are doing at BSIFF, Chalewote, Adinkra festival, Atuu festival and many others, especially around August and September is beginning to position Ghana already as the holiday and festival destination and where you need to be in August.

[contextly_sidebar id=”aGaMlOc32b9pRiK33tzF8wtrf8XJpvTm”]Government needs to support these activities and go further to make some real investments in content. For instance, research shows that for every 3 dollar the German Government puts in Belinale and other key festivals in Germany, it gets over 20 dollars back. I will say that this is very good return on investment.

Yes I call it investment. Because it is just that, investment! I remember going to Takoradi those days to shoot ‘Deadly voyage’ – even the hotels could not accommodate the numbers. The hospitality sector made quite a bit from the production. Mr. President we need data research, we need tax rebate, film treaties, a holding body for the sector like the film authority – since we no longer have Ghana Film Corporation.

We need Ghana to sell Ghana at every point. The sector can provide content to show in the lobbies of Ghanaian embassies worldwide. What a waste to walk into a Ghana embassy in DC for instance and to watch CNN in the lobby, when Ghana could be taking the opportunity to sell itself to the many people who visit the embassy for some service.

As the board chairperson of the National Film and Television Institute (NAFTI), I can say for sure that the school is committed to continuing to provide the backbone in training that industry needs to stand on its feet and it is our hope that the gears will finally begin to shift into place.

[contextly_sidebar id=”CaKAqXh1bhojEOgdGVYnXE5jujM65dLm”]At the Black Star International Film Institute, it is our bride to organize the Black Star International Film Festival every year and as we welcome the World to Ghana. We are committed to working with other players to help situate Ghana as a festival and holiday destination and to help create global connections through film whiles connecting the world through cinema and to African Cinema. We are committed to advocating for industry friendly policies and Mr. President, you are a father who listens.

This is the time Mr. President. You hold a unique opportunity in time to not only right some missteps and perhaps misjudgment. Under your leadership, we know that the sector will experience a reset that puts it on the path that empowers the sector’s contribution to Ghana, the Africa and the world. 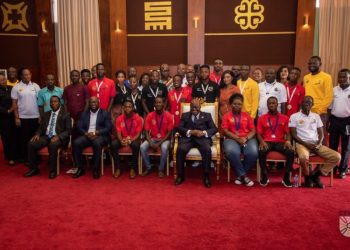 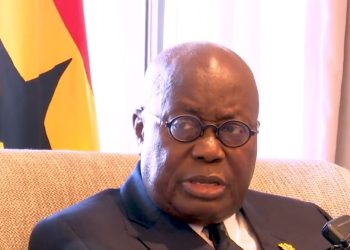 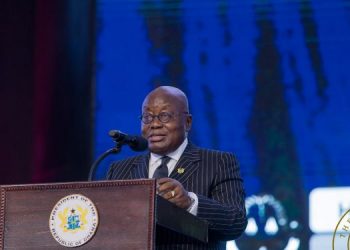 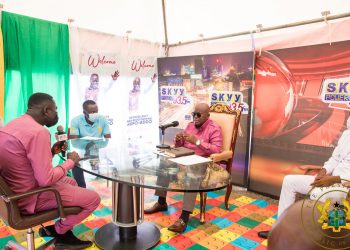 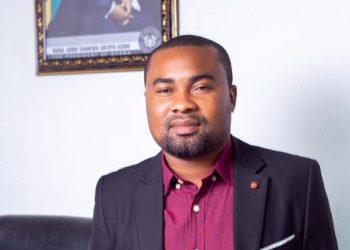