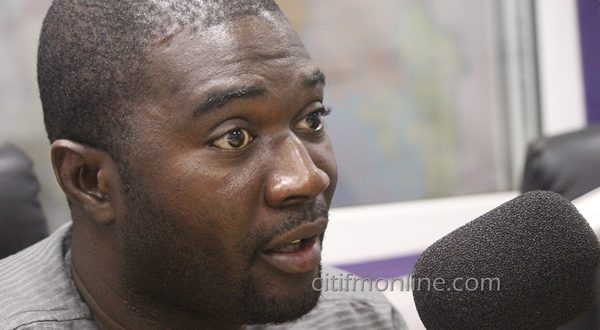 The Chamber of Petroleum Consumers (COPEC) is demanding the investigation and prosecution of all other persons complicit in the botched Ameri novation and amendment deal.

This follows the dismissal of Boakye Agyarko as Energy Minister.

President Akufo-Addo was reportedly misled into granting executive approval for the deal to be laid in Parliament.

“The President has taken a very bold step,we commend him and we think that if Mr. Agyarko indeed did not walk alone in this agreement and there are other persons connected, the onus will lie on him, to come out to say that indeed he had no hand and that things were put on him to do.

“Anything other than that some of us believe that Ministers do take the oath to office, and per this oath, if you lie in the law, it is known as perjury and so if perjury has been committed and some legal action could also be taken, the Ghanaian public is all for it to ensure that we do not get here ever again where certain public interests are overridden for appointees’ personal interest.”

The Presidency confirmed that Boakye Agyarko’s dismissal as the Energy Minister was due to his handling of the AMERI novation and amendment agreement.

The Director of Communications at the Presidency, Eugene Arhin said the dismissal “is to do with the issue of the controversial AMERI deal.”

The Minority in Parliament has maintained that President Nana Akufo-Addo was complicit in the deal.

This was after some reports suggested that the President had given executive approval to the novation agreement.

“Boakye Agyarko may be on the lower end of the food chain. I think we have people who are on the higher side,” the Bongo MP, Edward Bawa remarked following Mr. Agyarko’s sacking.

John Peter Amewu is to act as Minister for Energy until a substantive appointment is made.

The Akufo-Addo government took the revised deal to Parliament last week under a certificate of urgency.

But the House deferred its deliberation on the contract due to concerns over the cost and value for money.

The new agreement was to extend the current five-year deal with Africa and Middle East Resources Investment Group (AMERI) Energy which is currently operating a 300MW emergency power plant in Ghana to 15 years and bring onboard a new company from Greece, Mytilineous International Trading Company, to manage the plant for the period.

Aside from this controversy, some Minority MPs on Parliament’s Appointments Committee accused the leadership of the Majority of giving GH¢ 3,000 each to members of the committee to approve him after his vetting in 2017 unanimously.

The Member of Parliament for Bawku Central, Mahama Ayariga, leveled these allegations.

The allegation was backed by the Member of Parliament North Tongu, Samuel Okudzeto Ablakwa, and MP for Tamale North, Alhassan Suhuyini and led to a probe by a special committee set up by Parliament.

The committee, which was headed by MP for Essikado-Ketan, Joe Ghartey, eventually ruled that Mahama Ayariga’s claims were baseless, and he was subsequently ordered to apologize, which he did, although reluctantly.

Too much sleep ‘could lead to you dying younger’, new study suggests