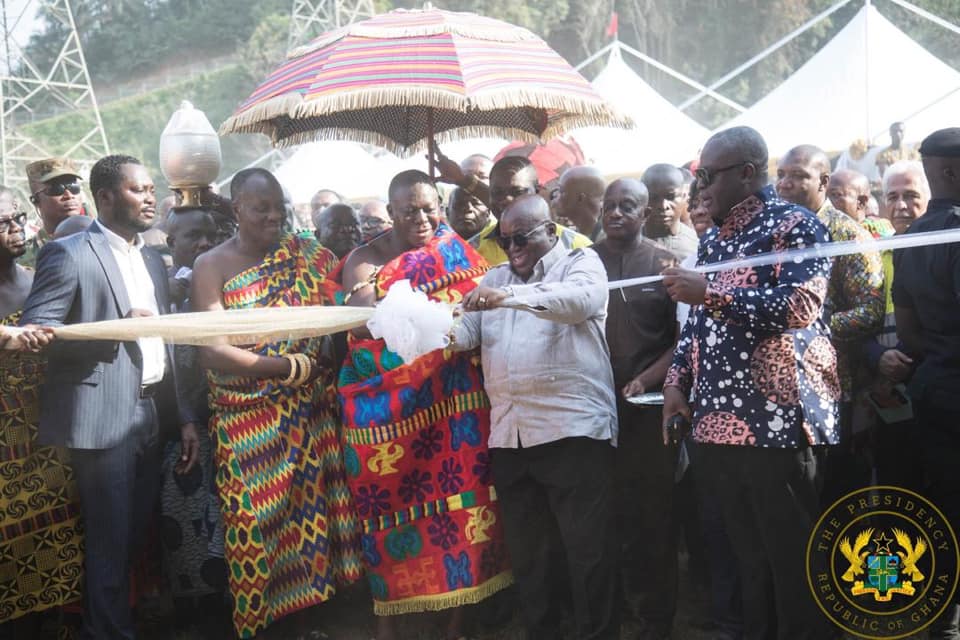 President Nana Addo Dankwa Akufo-Addo has re-opened the AngloGold Ashanti gold mine in Obuasi, in fulfilment of a campaign pledge he made to the people of Obuasi in the run-up to the 2016 general elections.

Addressing the Chiefs and people of Obuasi, on Tuesday, President Akufo-Addo noted that upon his assumption of office, a series of discussions took place leading to the redevelopment project of the Obuasi mine.

“In order to help Anglogold Ashanti secure the needed investment for this project, Government had to provide a number of fiscal incentives, and guarantee the stability of the project against changes in the legal environment, especially in the early years of the mine’s operations,” he said.

The President continued, “It is expected that all the agreements reached, including the vigorous implementation of domestic content policy, will be scrupulously honoured and performed. The initial investment in the redevelopment project is $881 million, with a total investment of $1.6 billion projected for the entire 22-year life of the mine. The whole investment package has been approved by Parliament.” 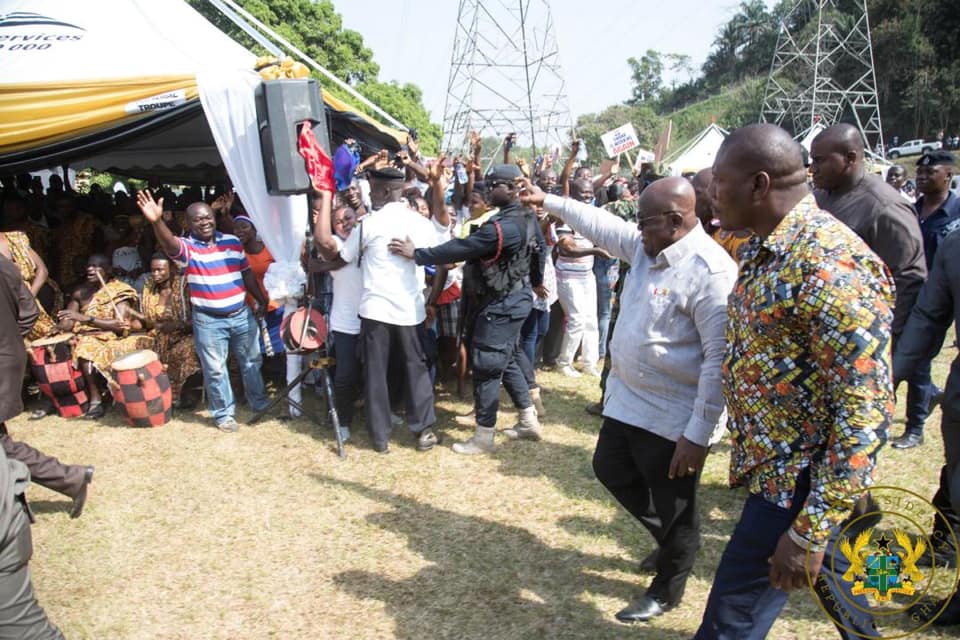 With an estimated two thousand, five hundred (2,500) jobs to be created, he was confident that Obuasi, a once vibrant town, will be brought back to life again, with an improvement in the lives residents.

“I assure management and staff of the mine that the sequence of events that led to the closure of the mine will not recur under the watch of this Government. The days of forceful encroachment on the concession of the company, as witnessed between 2010 and 2016, are over,” he added.

President indicated that the time has come for Obuasi to reflect the fact that it hosts the richest gold mine in the country and one of the richest in the world.

“When Government and mining companies collaborate intelligently and sustainably, more can be done to transform mining communities. I have no doubt that AngloGold, under its current management, will be a constructive partner in this journey,” President Akufo-Addo added.

“We are determined to ensure responsible mining, and I appeal to you, Nananom, to help Government in securing for future generations a landscape and vegetation on which they can also survive and thrive. I am happy to say that, today, people are fishing again in one of the famous rivers of our country, the Ankobra,” the President said.

As captured in the 2019 budget, he told the Chiefs and residents that the contract for the construction of the Obuasi-Anhwia-Nkwanta road had been awarded to Joshob Construction Limited, who is already on site working.

“Again, Government will soon accept the Assets Relinquishment Plan of AngloGold Ashanti, which will pave the way for the start of the proposed Obuasi Campus of the Kwame Nkrumah University of Science and Technology,” he added.