‘We may close down dangerous court facilities’ – Chief Justice warns 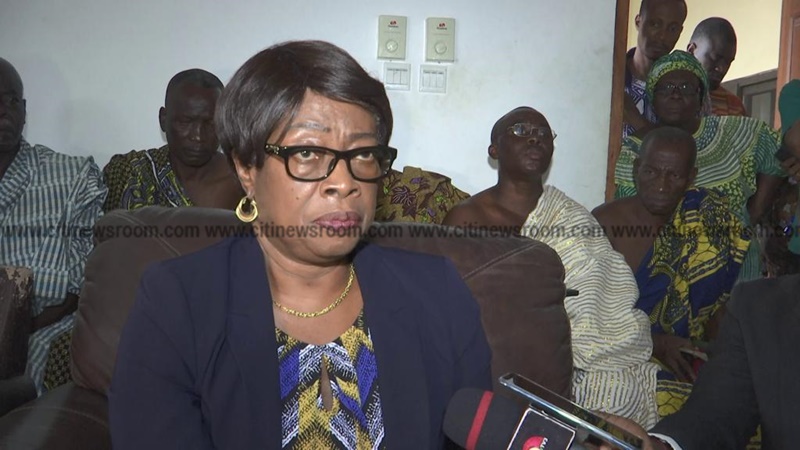 The Chief Justice, Sophia Akuffo, has warned that her office may be forced to close down dilapidated court structures which put the lives of judicial service staff who work in them at risk.

She  however explained that such decisions will be taken after ample notices have been given to local assemblies responsible for the refurbishment of these facilities. 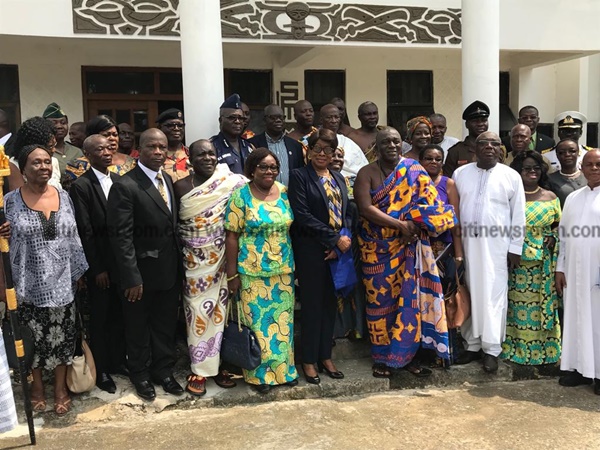 She said the vision of the Judicial Service is to ensure quality justice delivery, and is ready to post more judges, but only to areas with judicial facilities which are safe for staff.

Her Ladyship Akuffo said this when she paid a courtesy call on the Paramount Chief of Essikado Traditional Area, Nana Kobina Nketsia IV, on the first day of her six-day tour of judicial Service facilities in the Western Region. 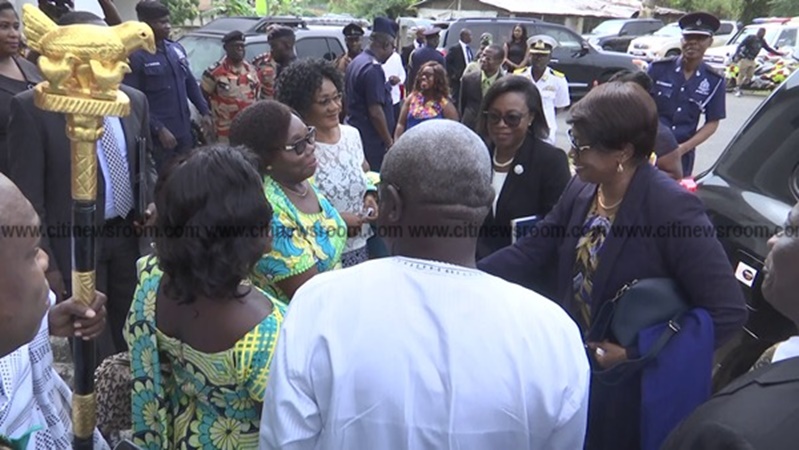 Addressing a cross-section of chiefs from the Western Region with concerns on the slow pace of justice delivery, the Chief Justice explained that the provision of facilities for delivery of judicial services is the responsibility of local assemblies as stated in the Local Government Act.

“The Local Government Act is clear that the provision of courts and facilities for judicial services is the responsibility of the Local assemblies. The Judicial Service failed on its part to remind them of their responsibility and rather spent from its little resources in putting up such facilities, but we have resolved to get the local assemblies fulfill their mandate. The Judicial Service has developed a model court structure which all assemblies must have the design and ensure their implementation” she noted.

“We are ready to dispatch Judges and other judicial staff to come and offer justice, but what I have realized in recent times is that some of the court infrastructures are dangerous. So, as I am embarking on this tour, all judicial structures found dangerous would be closed down after failure to get local assemblies to fix them within time”.

Justifying her decision, Sophia Akuffo said, “this is not an attempt to deny anyone access to judicial services, but we are also afraid for such dangerous structures since it is humans that work in them”.

Also in a move to ensure businesses and individuals at the local level get speedy access to judicial services, Sophia Akuffo said the Circuit and Magistrate courts will soon be merged to facilitate the settlement of disputes that have a negative impact on economic activities at the local level.

She said the proposals to commence the merging processes for Circuit and magistrate courts will by April 2019 be submitted to the Judicial Service Council.

She said more than 75 percent of Ghanaians at the local level depend on the lower courts including Magistrate and Circuit courts, which are both not usually accessible in most places for the specialized services.

“…So we are going to merge them to offer one stop services. Economists tell us that time is money, and when people have litigation before the courts, it is not right for them to spend the whole day travelling just to go and access magistrate court or circuit court. Sometimes they get to court late and the case is adjourned which affects productivity and general business, so in an attempt to get justice to the people we are expecting to send proposal to the Judicial Council for the merging of Circuit and Magistrates court by April this year”.

On his part, the Paramount Chief of Essikado Traditional Area, Nana Kobina Nketsia IV, urged the Chief Justice to be guided by sound principles to leave a good legacy for generations to come.