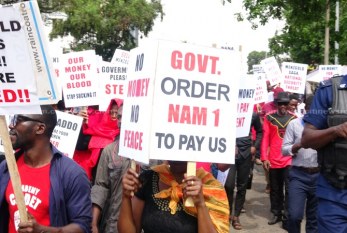 President Nana Akufo-Addo says the woes of troubled gold dealership firm; Menzgold Ghana should be a wakeup call for all Ghanaians.

Describing the situation as a tragic phenomenon, President Akufo-Addo admonished the citizenry to be wary of deceitful investments schemes to avert similar occurrences in the future.

[contextly_sidebar id=”YOJIz0Bg62PiCletqnAVYESieqQtXAWF”]“As the authorities try to unravel the intricacies of what happened (in the MenzGold saga), I admonish all Ghanaians to learn the necessary lessons for the future, even as State institutions work to bring a resolution to the matter, and those who are seen to have indulged in criminal activities, are brought to justice,” Nana Addo gave the advice during his third State of the Nations Address in Parliament today, Thursday.

Hundreds of Ghanaians have lost millions of Ghana cedis from their investments that have gone bad at Menzgold. 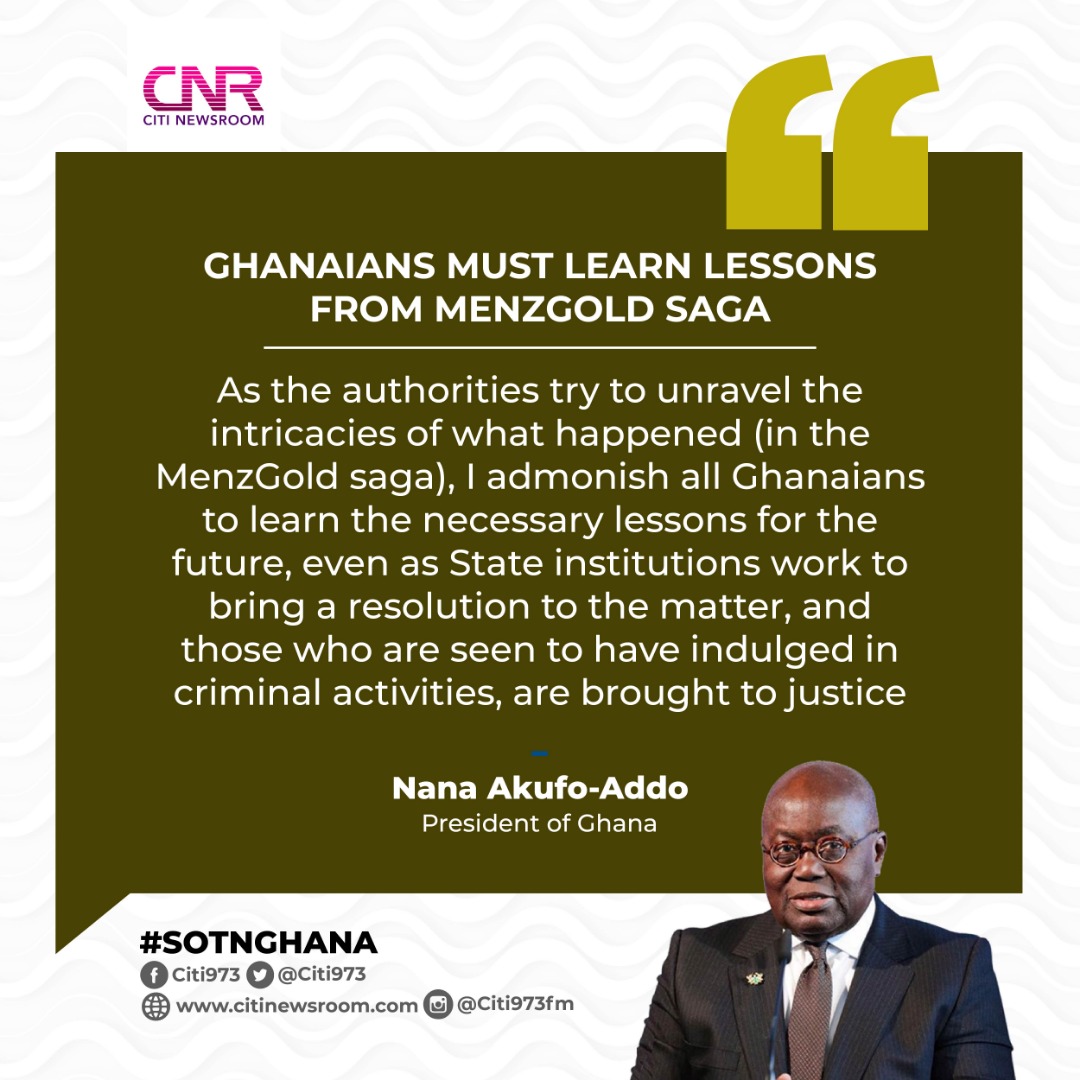 This is despite several protests by the aggrieved customers to pile pressure on government to expedite processes to enable them to retrieve their locked-up cash.

“The MenzGold debacle is a tragic phenomenon that appears to have occurred in plain sight, and affected a lot of people, in spite of warnings from official institutions.  The existence of a body such as the newly inaugurated Presidential Financial Stability Advisory Council would have forestalled the emergence of the Menzgold saga, and will make it difficult, in future, for any such scheme to get off the ground”, the President added.

Nana Appiah Mensah (NAM1), Chief Executive Officer (CEO), Menzgold, is in Dubai where he is facing a misdemeanour charge over a US$23 million deal, gone bad.

He is currently being held on remand at the Al Barsha police cell.

The criminal charge of misdemeanour in Dubai is equivalent to a Second Degree Felony in Ghana and if found guilty he could spend up to two years in prison.

Back here in Ghana, the Economic and Organised Crime Organisation (EOCO), has frozen the properties of Menzgold and its associated companies.

According to the SEC, Menzgold had been dealing in the purchase and deposit of gold collectables from the public and issuing contracts with guaranteed returns with clients, without a valid license from the Commission.

It, however, failed to fully pay its numerous aggrieved customers the value on their gold deposits as well as their entire investments.