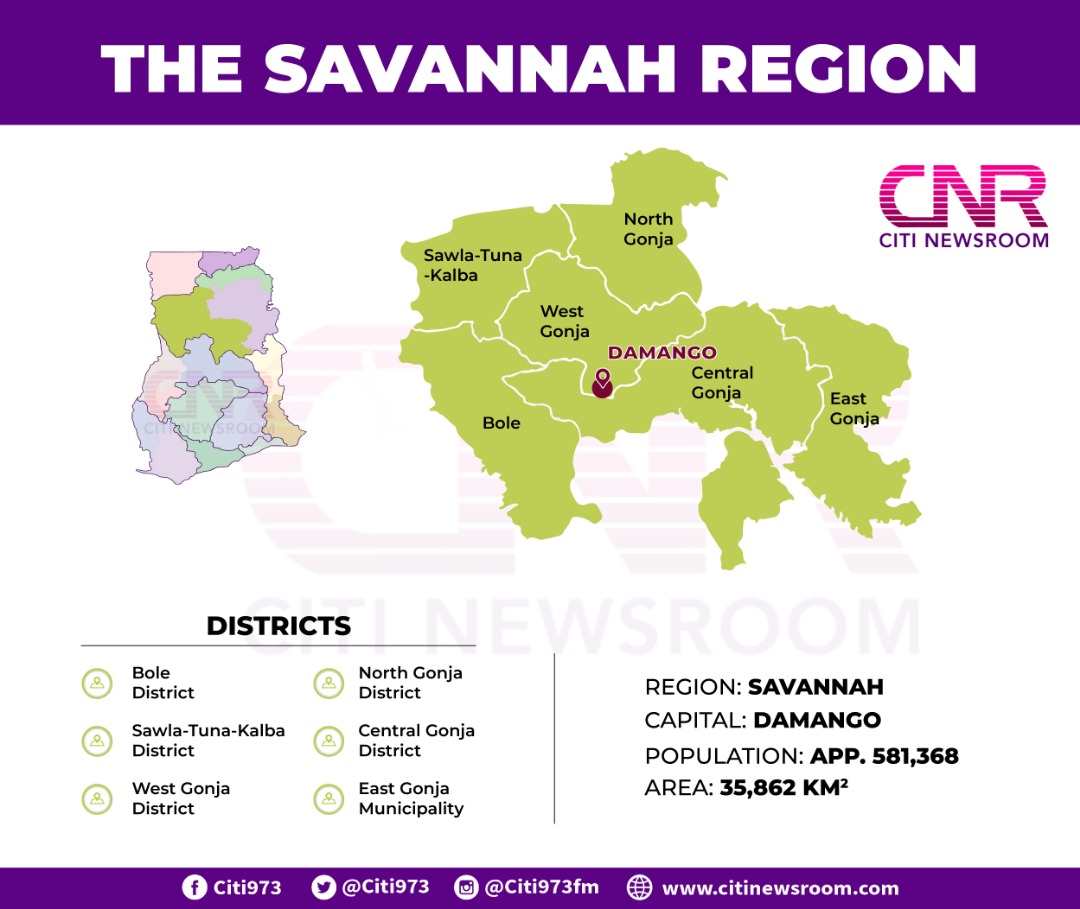 Damango, earlier on Tuesday, 12th February 2019 was named as the capital of the newly created Savannah Region by President Nana Akufo-Addo.

The Savannah Region was carved out of the Northern Region following a massive YES vote in a referendum held on Thursday, December 27, 2018.

President Nana Addo explained the choice saying: “You will not be far from wrong if you described the Savannah Region as the latest developed part of the Northern Region. The irony in all of this is that the Savannah Region is blessed with an abundance of natural resources.”

He indicated that the “onus is now on the government to put into motion the processes for the rapid development of the Savannah Region.”

President Akufo-Addo on Monday gave legal backing for the creation of the Savannah region.

Below is an infographic of the newly created Savannah region: 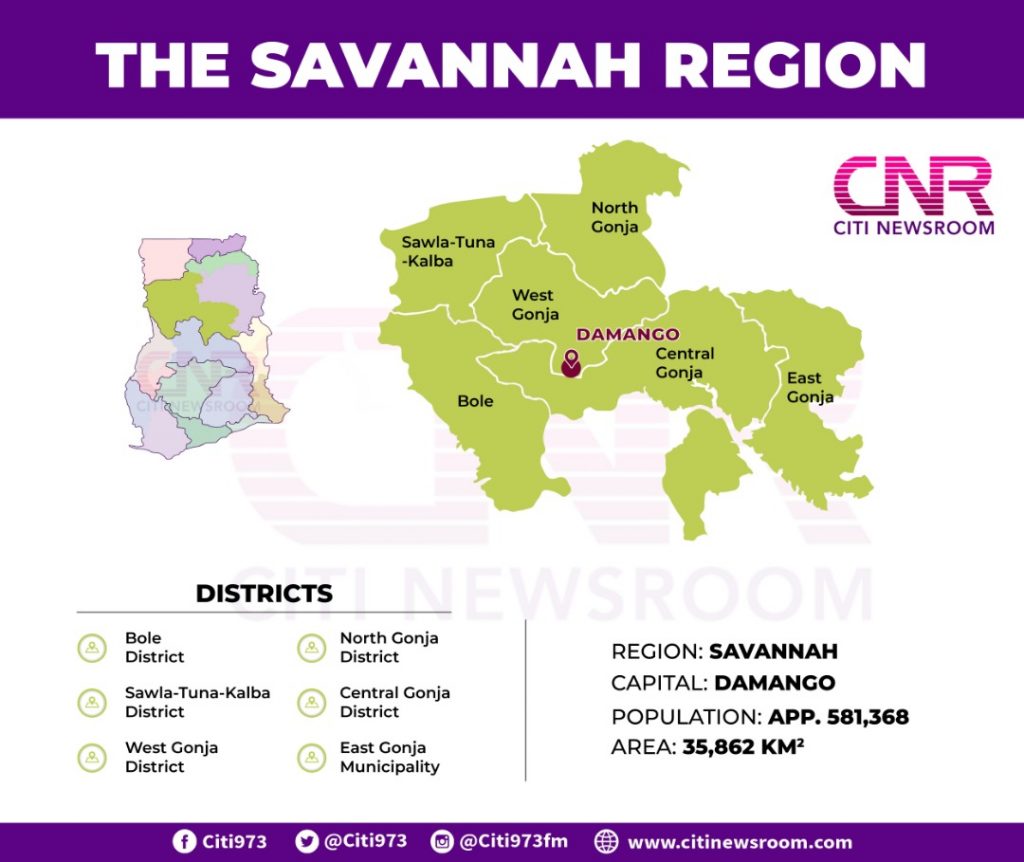 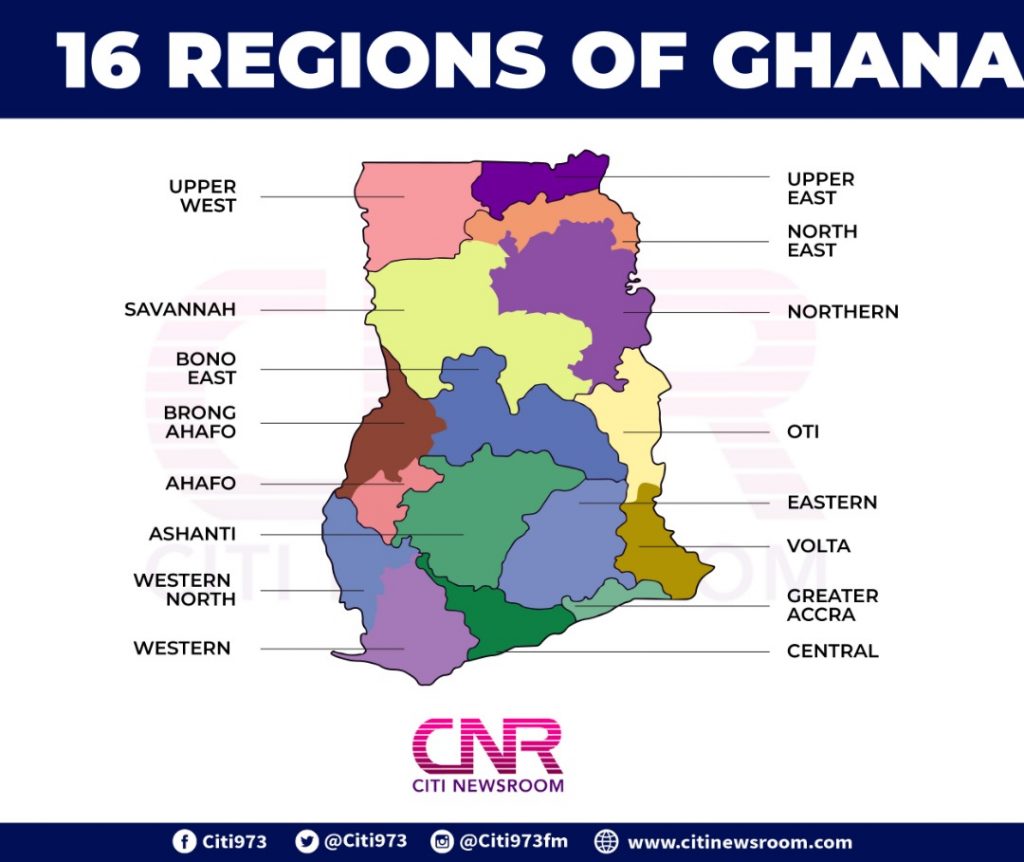 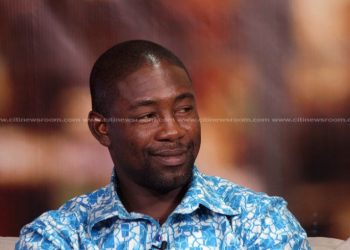 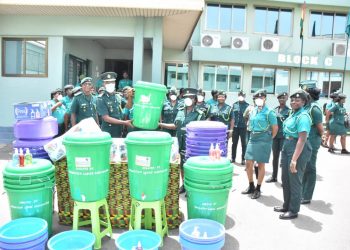