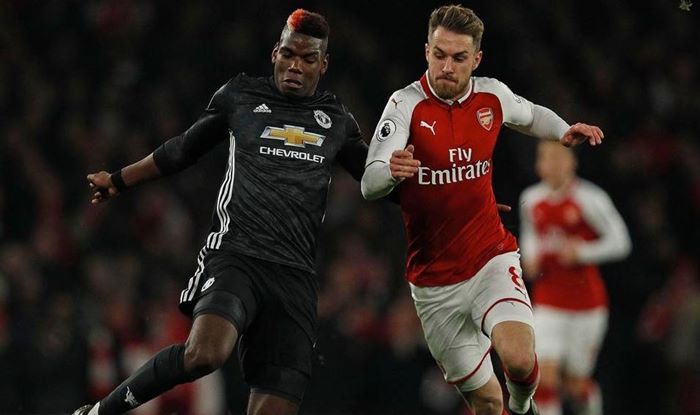 This weekend on Citi FM, Week 30 of the Premier League rolls by and there are some very important ties but not more important than the tie at the Emirates between Arsenal and Man United.

After the latest instalment of Ole Gunnar Solksjaer’s miracle session on Wednesday night in the UEFA Champions League, he and his charges go to North London with hopes of repeating their FA Cup victory on January 25.

They will be high on confidence and they may have some of their players back from injury and they will be a dangerous proposition for the Gunners. 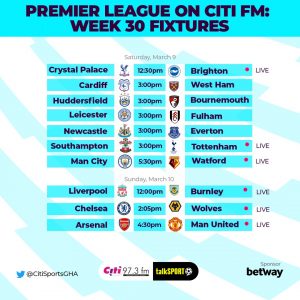 However, Arsenal could also turn up and deliver fully on Sunday. They lost 3-1 to Rennes in the Europa League on Thursday and that could be the inspiration they need to bounce back to winning ways and they are facing one of their Premier League rivals. What could inspire better than that?

That showdown is at the Emirates on Sunday at 4:30pm on Sunday on Citi 97.3 FM

Both Liverpool and Man City will also resume their hostilities in terms of the title race in Week 30.

Man City will take their turn first when they take on Watford at the Etihad on Saturday at 5:30PM. After experiencing a period of having to chase Liverpool from a 10-point deficit, Pep Guardiola’s men now lead the log and they will hope to put pressure on Liverpool who play Burnley on Sunday.

The pattern of Man City playing first will be the feature for the next few weeks so for last season’s winners, they will have to take up every chance they get if they will retain the title.

Liverpool, on the other hand, will have to witness the outcome of Man City’s game and see if they can respond to it against Burnley on Sunday at midday.

Jurgen Klopp’s men have not won a game in all competitions since the 5-0 win over Watford and they will hope for a better turn in fortune.

However, they will be tested by the resilient and sometimes, stubborn Burnley side who are rediscovering their old self.

In other live games on Citi FM, Southampton welcome former manager Mauricio Pochettino and his Spurs side to the St. Mary’s on Saturday at 3pm.

Chelsea will hope for another good day at Stamford Bridge when Wolves come calling on Sunday at 3pm.

Maurizio Sarri’s men got a 3-0 victory in the Europa League on Thursday and they will hope to keep the bounce but Wolves are capable of barking and biting even on the road. A 1-1 draw at Man United and a 3-1 win at Spurs on 2018 are reminders of what they can do on one’s home patch.

Crystal Palace and Brighton start the weekend’s broadcast with their meeting at Selhurst Park on Saturday at 12:30pm.

Saturday: Crystal Palace vs Brighton from 12:30pm, Southampton vs Spurs from 3pm, Man City vs Watford from 5:30pm

Sunday: Liverpool vs Burnley from 12noon, Chelsea vs Wolves from 2:05PM, Arsenal vs Man United from 4:30PM

Listeners can send in their thoughts via text and WhatsApp on the number: 0549- 986 996 and also via Facebook and Twitter using the hashtag #CitiSports. 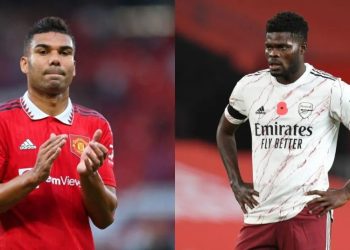 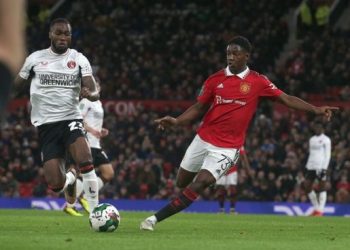 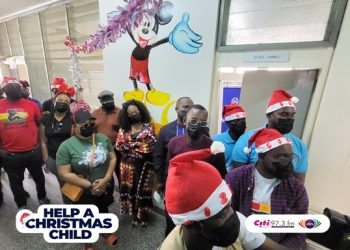 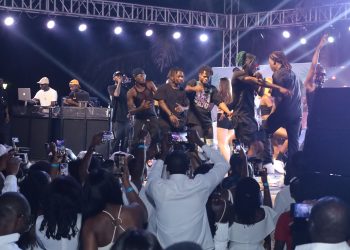 6 major talking points that culminated in the success of #Citiuation2022 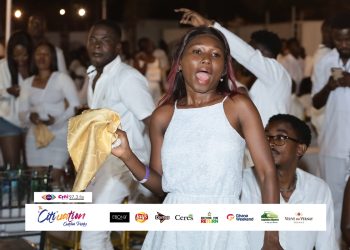 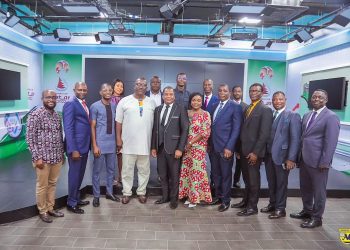