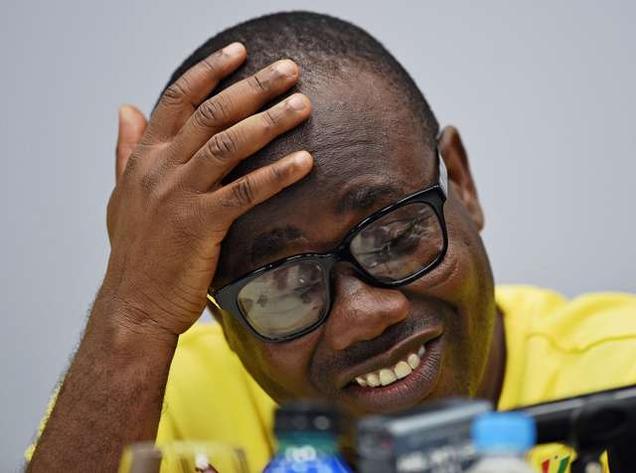 The Ranking Member on Parliament’s Youth, Sports and Culture Committee, Kobina Mensah Woyome, is demanding closure in the case involving former President of the Ghana Football Association (GFA), Kwesi Nyantakyi, a year after he was first arrested by the police on the instruction of President Nana Akufo-Addo.

According to him, the current situation where it seems the investigations and the expected results are in limbo raises doubt about the current administration’s willingness to prosecute the former GFA boss.

In the aftermath of the No. 12 exposé on football corruption, Kwesi Nyantakyi was banned from football activities and fined by FIFA.

In an interview with Citi News, the South Tongu MP said it was important to bring closure to the investigation.

“We should bring this to a closure. we have not been able to identify anything that will probably suggest that he should be prosecuted.”

Anas Aremeyaw Anas recently refuted claims by the Attorney General that Tiger Eye PI has not provided enough evidence for the prosecution of Kwesi Nyantakyi.

Anas also disclosed that a late member of the Tiger Eye PI team, Ahmed Hussein-Suale prior to his death was cooperating with the Attorney General on the prosecution of Kwesi Nyantakyi.

Nyantakyi was captured in the Number 12 exposé engaging in shady deals.

He has subsequently been banned for life by world football governing body, FIFA.

Anas Aremeyaw in March 2019 begun an online petition to get Kwesi Nyantakyi prosecuted.

Anas has said that he is alarmed that months after his undercover Number 12 exposé was premiered, no proper action has been taken against Mr. Nyantakyi by the government of Ghana.

Anas has expressed shock at the Attorney General’s failure to pursue the matter despite the circumstantial evidence that compelled FIFA to ban Nyantakyi.