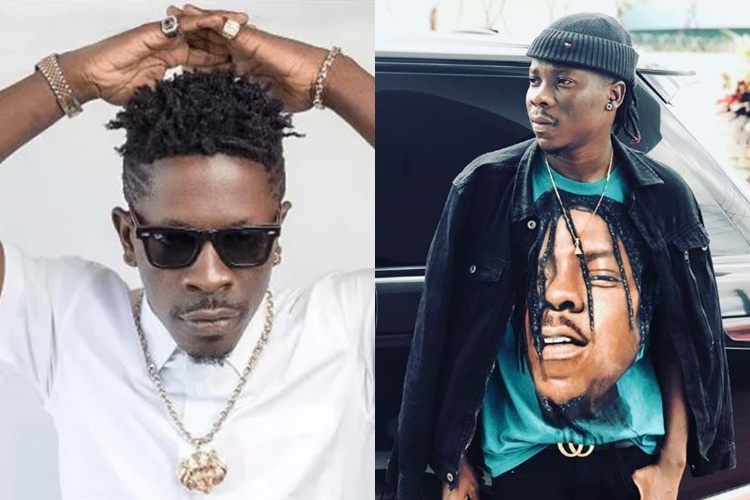 Dancehall artistes, Stonebwoy and Shatta Wale, have been detained by the Accra Police Command.

They are spending the night in police custody while investigations into the disturbance at the Ghana Music Awards held on Saturday continue.

No charges have yet been proffered against the top Ghanaian musicians.

“The Accra Regional Police are investigating [the case]. They [Shatta Wale and Stonebwoy] have been detained for further investigations tomorrow [Monday],” Director of Operations for the Greater Accra Police Command, ACP Kwesi Ofori told Citi News but was tightlipped on the location of the two artistes.

[contextly_sidebar id=”tOQOecLxuMObTlYLHsKh03P71zZrAj8V”]Shatta Wale and Stonebwoy were both invited by the police for questioning on Sunday following the scuffle that marred the 2019 awards event.

Both showbiz rivals have been lambasted for disrupting the 20th edition of the much-hyped awards ceremony.

ACP Kwesi Ofori in an earlier interview said the statements of both artistes had been taken adding that “after everything and [after] some preliminary facts are established, the regional CID authorities may decide what to do next.”

The commotion started when Stonebwoy was called to receive the award for ‘Reggae/Dancehall Artiste of the Year’ during last Saturday’s Vodafone  Ghana Music Awards.

Shatta Wale and his team walked on to the stage with his fans allegedly to congratulate Stonebwoy for the award but the move was interpreted by Stonebwoy’s team as an attempt to revolt.

The confusion that ensued after that clash halted proceedings at the venue for several minutes.

“I would like to extend my sincerest apologies and deepest regrets for the part my conduct played at what should have been the biggest celebration of Ghanaian music last night,” he pleaded in a statement issued by his team.

He noted that his general sense of alertness and security caution had been increased due to several instances in his professional life that revealed that his security arrangements had lapses.

Among other things, he cited the recent incident at Ashaiman where his wife was rushed to hospital after a knife attack during his concert.

“This for me has been quite alarming with regards to my security. Such unfortunate incidents have clearly had an impact on the sense of alertness of my entire team and I,” he said in the statement.