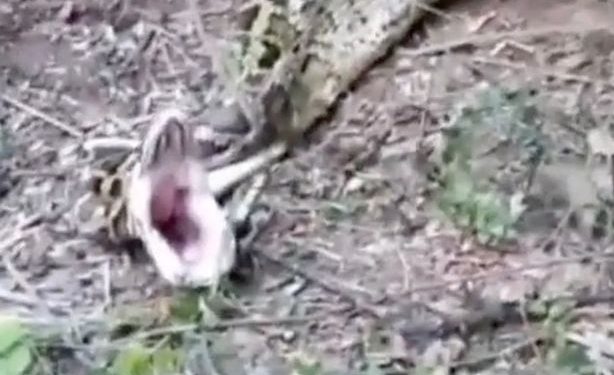 Bizarre footage shows the moment a four-metre-long python regurgitates a goat after swallowing it whole.

Villagers from Quanzhou, Fujian in southeast China, said the snake had spent an hour vomiting up the animal and had to help by pulling its tail and massaging its stomach.

Shepherd Mr Yao, who claimed he has lost 20 goats since the beginning of the year, found the snake resting on a hill near his farm, as he searched for one of the missing animals.

“Its stomach is completely bloated and I’m sure it must have eaten one of my goats,” he said.

Mr Yao called the forest police and asked other villagers for help. 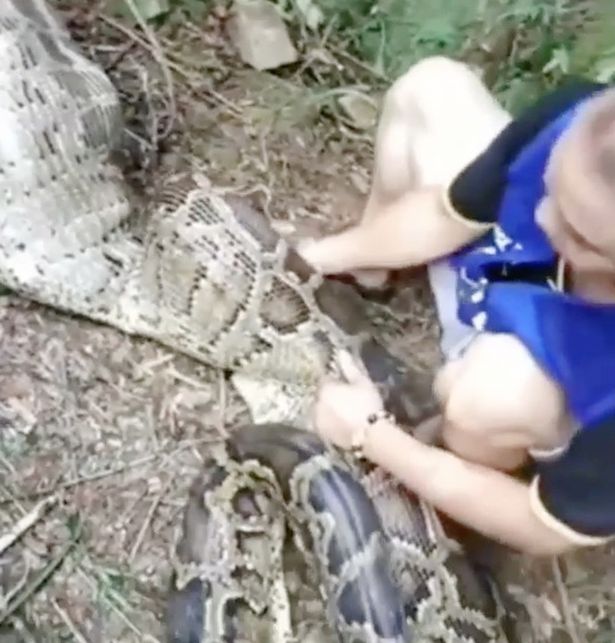 “We pulled its tail to a higher ground so it can regurgitate the goat easily,” he explained.

“It took about an hour to regurgitate the goat.”

The reptile was forced to throw up a 40kg goat as footage reveals the dead animal’s legs, then its body and its head.

The python was later taken away by the forest police officers and brought to Anxi Temporary Wild Animal Shelter.

It will be released to nature later as pythons are considered endangered and protected species in China.