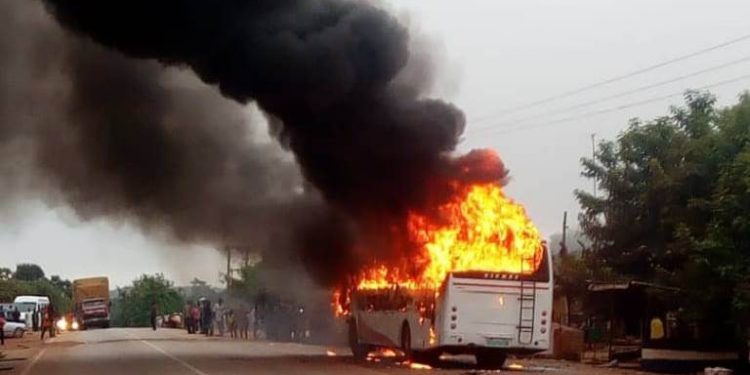 Authorities at the University of Energy and Natural Resources (UENR) have confirmed that there was no casualty in a fire incident involving the school’s bus that was carrying more than 50 passengers on Saturday.

The Acting University Communications Officer, David Twumasi-Ankrah in a Citi News interview explained that the driver was able to detect the fire from the engine compartment early enough for all on board to disembark before the fire escalated.

The school’s bus which was conveying some students to the Kwame Nkrumah University of Science and Technology (KNUST) on Saturday was gutted by fire when they got to Pokukrom near Mankranso. 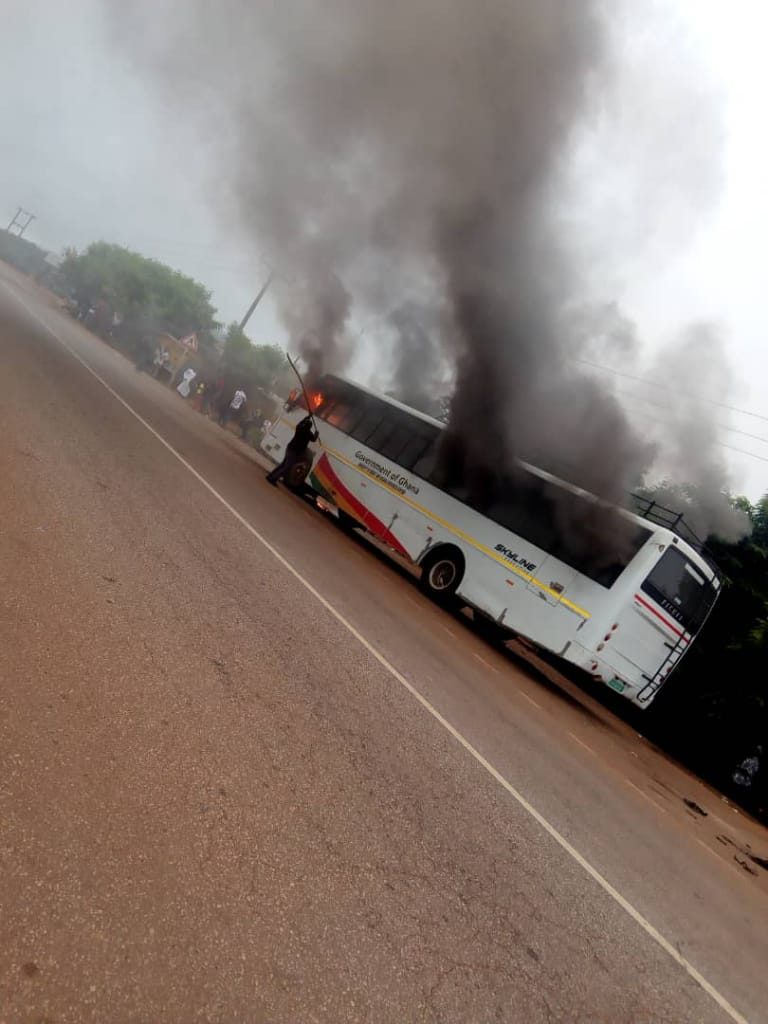 “They were travelling from the University in Sunyani to KNUST. At Pokukrom near Mankraso, the driver sensed some smoke in the car so he stopped to check what the problem might be. He realized that there was fire coming from the engine so all the students were able to get out of the bus before the fire increased. No one was injured. There was 54 students, a technician and the driver in the vehicle,” David Twumasi-Ankrah explained.

The University of Energy and Natural Resources, located at Fiapre near Sunyani was established by an Act of Parliament, Act 830, 2011 on December 31, 2011.

The University is a public funded national institution which seeks to provide leadership and management of energy and natural resources and be a centre of excellence in these critical areas.

PDS’ replacement to be selected through restrictive tendering – Gov’t