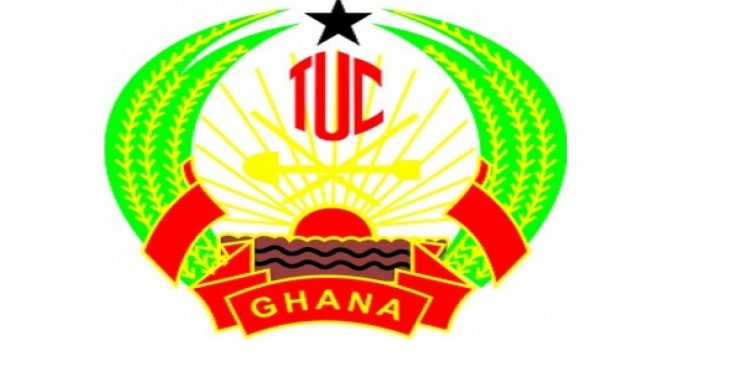 Ahead of the implementation of the 2020 National Daily Minimum Wage (NDMW), the Trades Union Congress (TUC), the main umbrella organization for trade unions activities in Ghana has warned there could be a rise in corruption if workers are not paid enough.

Speaking on the living standards of Ghanaian workers, the Chairman of the TUC, Reverend Richard Kwasi Yeboah charged the different workers unions across the country to join forces with similar unions, in order to negotiate better remuneration for their members.

“For now what workers are getting, they can’t live on that and that leads to corruption. We’re all currently talking about a lot of corruption in Ghana. To help mitigate that we the unions need to band together to negotiate for better salaries for our people.”

He made the comments at a forum organized by Friedrich-Ebert-Stiftung (FES) and the TUC on mergers in Trade Unions.

Merge for the benefit of Ghanaian workers, Trade Unions told

Stakeholders on labour and employment issues at the forum warned that the plight of Ghanaian workers would worsen if the different worker’s unions in the country do not merge to strengthen their ability to negotiate.

Currently, the Trades Union Congress which is the main umbrella organization for trade union activities in Ghana has about 21 affiliate unions.

One of the main reasons for the call for mergers is the increasing change in the status of Ghanaian workers in the private sector from permanent staff to contract or casual workers.

The TUC has in recent times warned that such moves infringe on the country’s labour laws, hence must be stopped.

Speaking on the informalisation of work in Ghana at a forum on Mergers in Trade Unions, Associate Professor at the Department of Labour and Human Resource Studies Akua Britwum, called on Trade Unions to band together to bring an immediate end to the phenomena.

“What has been achieved with regard to improvement in work has been because of the work of organized labour. Unfortunately, there’s a push for informal forms of work like casual work, and now the designation of workers as contractors. This is a push towards informalisation.”

On his part the Chairman of the TUC, Reverend Richard Kwasi Yeboah bemoaned the negative impact of a divisive front on the work of unions. “Under the TUC there are multiple unions in the same sector and this leads to some form of division, a situation that government and employers take advantage of to the detriment of workers”, he added.

For the organizers of the forum Friedrich-Ebert-Stiftung (FES), it is imperative that local unions in Ghana are able to go beyond strong negotiations. “We want to see the unions speak up on issues that affect not just workers but all Ghanaians like the management of the natural resources of Ghana”, said Dr. Manfred Ohm, the Head of the Africa Department at FES Berlin.

For the General Secretary of the General Agriculture Workers Union (GAWU) Edward Kareweh, merging with other unions can help deal with issues of inhumane working conditions, poor prices among others in the Agricultural sector and improve the sector’s contribution to the country’s Gross Domestic Product (GDP).

“Merging of unions in my sector will not just help in addressing the issues the plague us, it will also lead to better productivity and help in supporting the government’s industrialization agenda.”