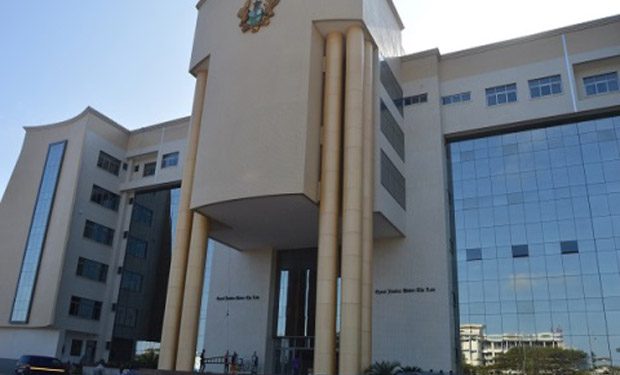 Work has resumed in most courts across the country today, Friday, following the suspension of the industrial action by members of the Judicial Service Staff Association of Ghana (JUSAG).

Citi News’ visits to some courts showed brisk activity at the premises of the courts.

JUSAG on Thursday suspended its two-day-old strike, after meeting with Management of the Judicial Service.

It came shortly after the NLC secured an interlocutory injunction from the Accra High Court, restricting JUSAG from continuing with its strike.

In the Ashanti Region, litigants told Citi News’ Hafiz Tijani that the decision by JUSAG to call off the strike has brought relief to them.

“I was dissapointed when I heard that they were on strike. I had a case today and when I came, they are working and I am happy about the fact that they have resumed. We are only asking the government to address their concerns”, one client said.

A visit to the Judicial Service office in the Northern Regional capital, Tamale saw some of the staff busily attending to clients.

The JUSAG staff said they have resumed and are ready to work.

They have however called on the government to address their grievances.

Some lawyers who were at the court today recounted the difficulties they encountered during the strike.

A visit to the Bolga High court and District courts saw the Judicial staff including Judges at post.

Those who had come to the court said although work had resumed, they appealed to the government to find a workable solution to the concerns of the Judicial staff.

“The strike was affecting the fundamental liberties of people especially those on remand. But now that they are back, we are pleading with the government to listen to their grievances so that justice delivery will not grind to a halt completely.”