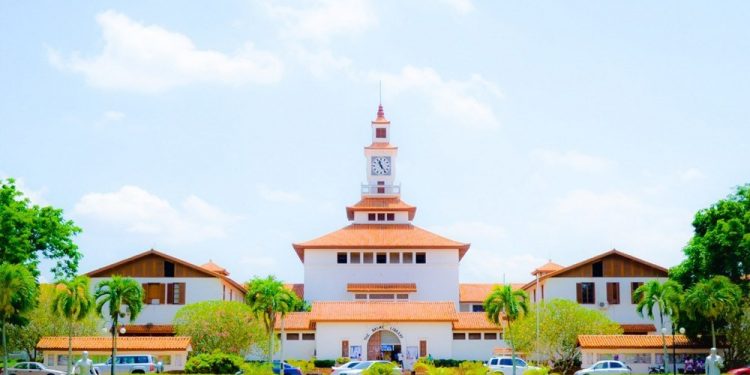 In a bid to curb the ‘sex for grades’ notion that hangs over the University of Ghana, its Vice Chancellor, Professor Ebenezer Oduro Owusu, has indicated that the University is considering a review of its sexual misconduct policy to allow for the publication of the names of persons found culpable.

This he believes would serve as a deterrent.

He made this known at a forum, between management and students of the University on issues of sexual harassment, after the BBC Africa Eye’s exposé, Sex for Grades, indicted two lecturers of the institution for sexual harassment.

He also revealed that some two lecturers have so far been sacked from the institution, since August 2016 for sexual misconduct, prior to the airing of the BBC documentary.

“But what I have said is that if you have been implicated in sexual misconduct, what it means is that you are a danger to our students. You cannot keep interacting with our students so please leave and let our students be free. Now coming back on the heels of what we have said, the question is whether we will continue to operate with that or we will publish the names. We have to seek legal representation and revise the policy.”

He further urged victims to report the inappropriate acts to authorities, along with evidence, as the institution has zero-tolerance for sexual harassment.

Meanwhile, Prof. Ebenezer Oduro Owusu says the University is not to blame in instances where victims of sexual harassment fail to report.

According to him, sexual harassment cases cannot be dealt with if the complaint is not made with evidence.

“People have accused us of not acting properly but you cannot act when there is no evidence. If you decide to discontinue a case or not to report, you cannot then turn round and blame the university.”

“We take exception to sexual harassment and we expect you as students, irrespective of who is involved to report with evidence. Immediately it happens, walk to any of the members, the head of the department and make a complaint. No one in this university is going to victimize you,” he added.

Shai-Osudoku residents sensitized on land use and registration processes