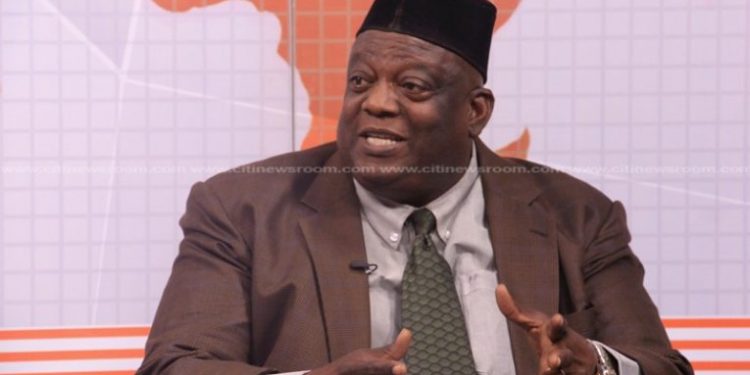 A banking analyst, Joe Jackson has identified the failure of the rich and wealthy to pay taxes on their businesses and property in accordance with the law as a major cause of Ghana’s poor revenue generation drive.

Attributing the current liquidity crunch in the country to what he terms as a regressive tax regime, he said many of Ghana’s economic challenges will be resolved if individuals with huge valuable tangible assets are compelled to do what is required of them within the tax collection framework.

On Citi TV’s The Point of View, he thus admonished government, to be more proactive and mount pressure on such persons to honestly honour their tax obligations or risk facing the recurring financial difficulties.

“Get the rich to pay more taxes. The problem we have is that we are not collecting enough taxes. When we collect more taxes, then it gives us the gap, breathing space and room. It doesn’t even make sense to me how taxes are collected. The people who vote are getting poorer. [Government] must go after the rich. Go after anybody who has an asset. You register a house, car, company or collect rent, you are made to pay tax”, he suggested.

Joe Jackson, who is also the Director of Business Operations at Dalex Finance, added that the situation is worsened as poorer Ghanaians spend a huge chunk of their incomes in the payment of taxes than rich Ghanaians.

“Disproportionately, our taxes hit harder at people who are poorer and are at the bottom of the pyramid. The taxes that have been kicked in, in the last six months have worsened the position because they are taking out a bigger chunk of your income. The VAT we tweaked, the data, the consumption tax and all that, hits you very hard.”

‘Political will’ needed for tax collection

Speaking on the same show,  Financial journalist, Toma Imihere also agreed to the suggestions and backed the proposal.

He noted that the government should be able to implement the tax enforcement as practised in other developed countries if it possesses the political will.

“We are achieving relatively high growth rate. But we are having liquidity challenges. There are more economic activities going on but we are not enjoying it. What it is telling us is that, the economic activities are going on within a narrower segment of people who are benefiting. These are the rich people we are talking about.  It only takes the political will to go after them.”